XV of France: Galthié welcomes the adaptation of his players in touch 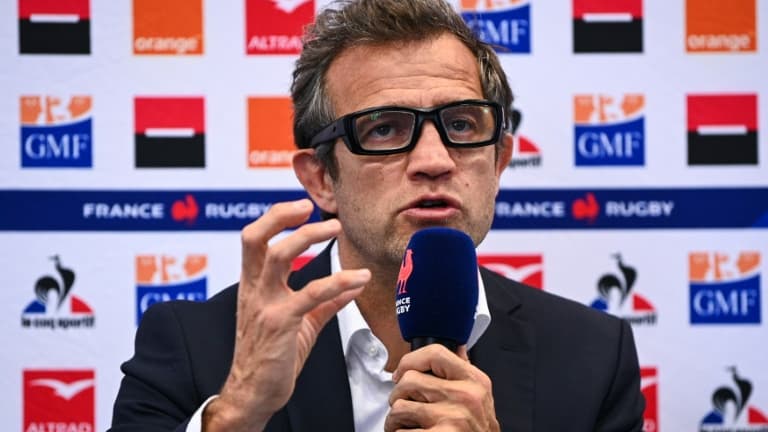 Very proud of the performance of the XV of France against Ireland on Sunday (15-13), Fabien Galthié returned to the difficulties encountered in touch in the first period. He praised the adaptability of his players.

The XV of France won this Sunday its first success in Ireland for ten years (15-13). A match where the Blues showed solid defensive strength at the end of the game against the Irish who tried everything to come back. But all was not perfect for the Habs.

In the first period, the Blues lost four balls in touch, including two in the first five minutes. “It’s part of the game. We know that there are going to be sectors that are going to be complicated. We cannot anticipate everything. Sometimes there are sectors where we think we are in difficulty and things are going well, and d ‘others where we are trapped by the opponent “, relativized Fabien Galthié. The coach looks for temporary problems, because in Rome a week earlier, the Blues had been calm in touch.

“Without panicking, the team rectified the situation”

Fabien Galthié wanted to salute the adaptation of his players in the second act: “The exercise of the touch is a collective exercise. Despite a difficult start, the team managed, without panicking, to correct the shooting to finish cleanly, which made it possible to take control of this match and to close it well. The alignment has been able to adapt, “he said.

If Julien Marchand was in difficulty on his throws, the jumpers were also at fault, evidenced by the poor transmission between Charles Ollivon and Grégory Alldritt (21st). Mistakes that could have been expensive. On a long throw from Marchand well anticipated by Iain Henderson, the Irish captain stole a precious ball, within 5 blue meters, and could have gone on trial. Fortunately, a forward from the second line saved the French camp.