World Ski Championships: why the French women’s team is very far from the big nations 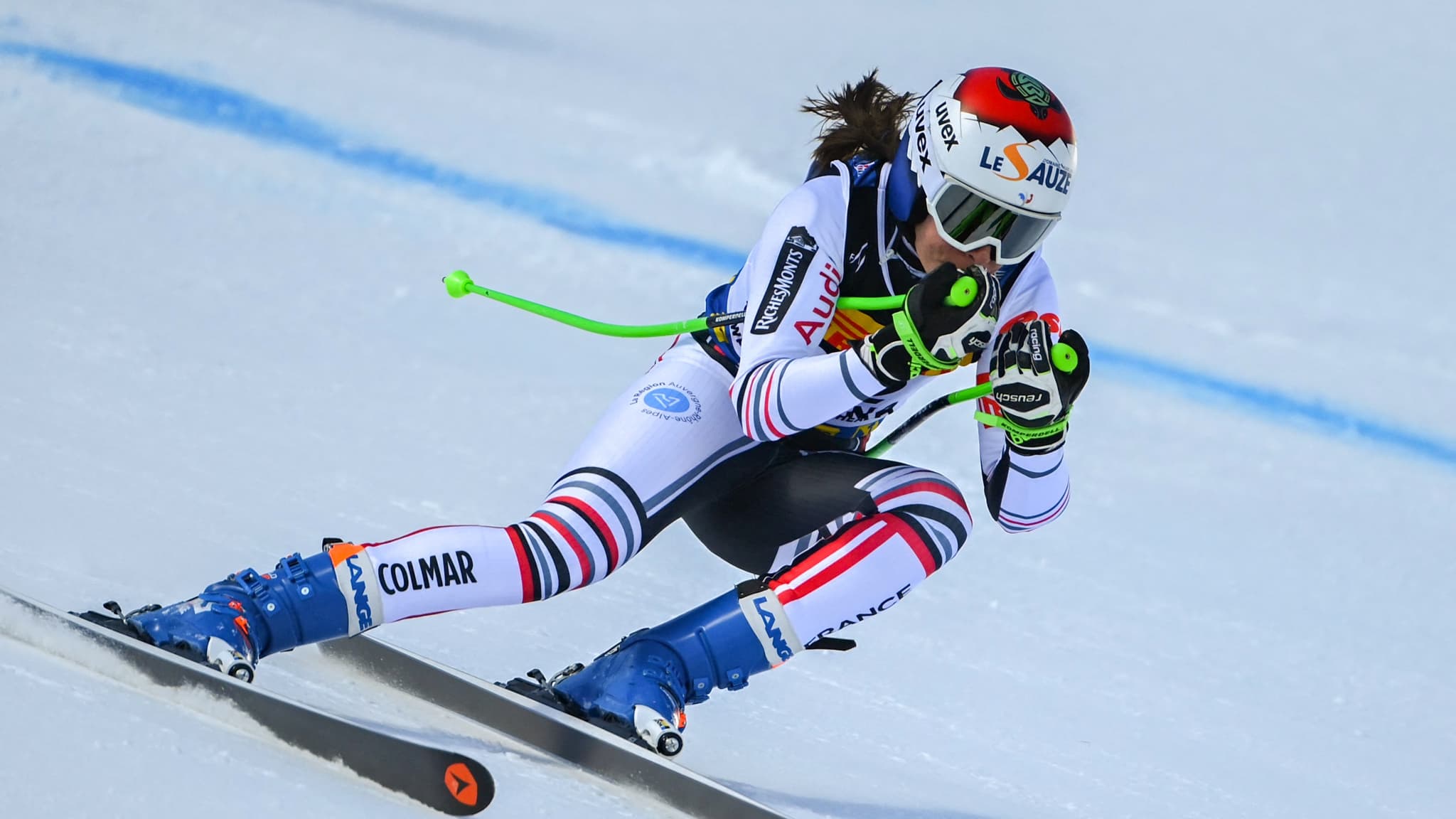 Alongside a French men’s team very regularly represented on World Cup podiums, the women’s group has struggled to exist for years at the highest level, with the exception of Tessa Worley in giant slalom. And this Saturday morning, seeing the blue shine during the descent of the Worlds, in Cortina d’Ampezzo, would almost be a pipe dream.

“We are not going to win ten medals, we know that, but we are here to play our chances.” The sentence by Alberto Senigagliesi, just before the start of the World Ski Championships in Cortina d’Ampezzo, almost alone sums up the general state of mind of the troops. Because if the director of the French women’s teams has few illusions about the ability of the Blue to shine during this Italian fortnight, he nonetheless retains a facade optimism necessary to instill a semblance of positive waves. to his flock, feverish components of a very tight team, for lack of sufficiently powerful contenders to select, especially after the surprise retirement in the middle of the season of the downhill skiers Jennifer Piot and Joséphine Forni.

Indeed, with the exception of Tessa Worley in giant slalom, it is difficult today to imagine, in any discipline whatsoever, a French woman getting involved in the fight for the podium at these Worlds. “For girls, we have been in difficulty for a few years, deplores the president of the French Ski Federation Michel Vion. So we are trying to rebuild with younger people and we are trying to give them experience.”

Incarnation in the speed events of this new generation at the world championships in Cortina, Tifany Roux (23) obtained her first selection when she has not yet made ten starts in the World Cup. Her teammate Laura Gauché, also selected for the first time for the Worlds, is already at 82 starts (World Cup, Olympic Games and Super G on Thursday), but has never done better than twelfth place, during the alpine combined of the PyeongChang Olympics in 2018.

Third selection for the Worlds on the other hand for Tyffany Gauthier, whose emotionality and multiple injuries have so far never allowed him to do better than three fourth places in 65 starts at the highest level. “Tiffany has been several hundredths off the podium several times this winter, and each time there have been small errors, explains Alberto Senigagliesi. She puts a lot of pressure on herself, but you just have to bring her in the best conditions of confidence. and peace of mind so that she can do her best shopping. ” A serenity that it seems once again struggled to find Thursday during the Super-G, 21st at 2’20 from Lara Gut-Behrami. She arrived with eyes red with disappointment in the mixed zone to answer journalists’ questions.

If the report drawn up may seem a little harsh, it should nevertheless be tempered slightly. Because it is true, the French women’s team has not been varnished by fate in recent months. Whether in speed with Romane Miradoli (injury) or in technique with Clara Direz (pulmonary improvement), she saw her two most rising values ​​go to the infirmary this winter. Two girls in full progress of which Michel Vion readily imagines that “they could have played the podium during these Worlds” in their respective disciplines.

But even with extenuating circumstances, the Blue still seem very far from the top level. In 2013, at the Worlds in Schladming, the girls of the France team won two gold medals for the French delegation, with Tessa Worley in giant and Marion Rolland in downhill. Since then, French female speed has only obtained one podium, still in 2013, through Marie Marchand-Arvier, third in a descent at Méribel. And if we look even more recently, one statistic is particularly eloquent: 19 of the last 20 French podiums in the Women’s World Cup have been obtained by Tessa Worley alone, including three this season.

So how to explain this structural famine among the Blue women? One of the reasons put forward would come from the lack of overall experience of the girls of the France team. Because if “they train well and work a lot”, specifies Florence Masnada, former French descender and double Olympic medalist, “there is no emulation between the generations as with the boys”. “Apart from Tessa, there are no girls who have great results, a track record, an experience on which young people can rely and take benchmarks. However, particularly in speed, that counts a lot”, explains- she does. However, according to our information, former great French champions speed specialists have offered their help to the French Ski Federation to provide young people with their feedback. Without follow-up.

A quirk, when you know that this kind of process can bear fruit. “Among the boys, there is a real dynamic, admits for example Michel Vion. We have old people who lead all this like Yo Clarey in downhill, leaders also like (Alexis) Pinturault, and young people like Clément Noel who are arriving. It makes for a very compact team with three successful generations that make it up. ” And results regularly up to par, whether in speed or technique, with already ten podiums in 27 World Cup races this season and the almost systematic presence (except during the descent of Val Gardena and the Super-G of Bormio) of at least one tricolor skier in the top 10.

But Florence Masnada does not despair of seeing the girls succeed. “There may be a click on a race or two, she explains, praising in passing the work of the authorities of French skiing. The federation is trying, there are coaches who come from abroad (especially Italians). But we are missing something. It cannot be explained. It will require work, commitment and trust. When we do not have results, if we rely on sensations, that is not enough. C is a vicious cycle. “

This kind of whirlwind that Michel Vion would like to see break as soon as possible, taking the example of the Swiss boys who also experienced a (small) generational hollow before the Worlds in St. Moritz in 2017, then managed to find a team today. hui very compact with young people who go up like Loïc Meillard or Marco Odermatt. “We have to be better organized, focus on a few talents, on quality rather than quantity, according to the president of the FFS. We have to put this in place to quickly find girls at the level before the Beijing Olympics in 2022 and the Worlds in France in 2023. “

In the meantime, in this French women’s team, speed and technique combined, Tessa Worley sometimes tends to feel a little lonely. “It is not additional pressure on the shoulders, she confides, but it is a situation that has lasted for some time. The relief is complicated, it is difficult to reach the highest level but we are staying the course and I am hopeful that each at their own pace will achieve their goals. ” On the Super-G Thursday, the skier from Grand-Bornand was once again the best Frenchwoman, ranking 13th in a discipline in which she is not a specialist.