Wimbledon sold out for the finals, 50% for the rest of the tournament 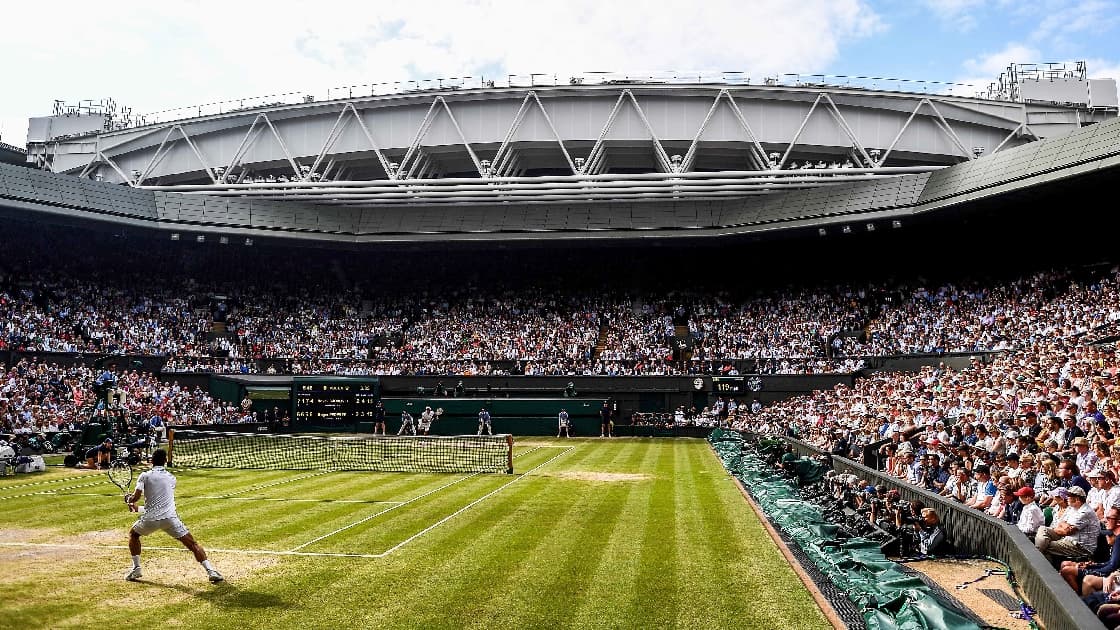 The organizers of Wimbledon announced this Monday evening that the finals of the tournament will be able to be played at sold out, that is to say 15,000 spectators present on the Center Court. The rest of the tournament can be carried out under a gauge, with 50% of the authorized public.

Boris Johnson, British Prime Minister, postponed until July 19 the end of English deconfinement and the complete reopening of the economy. But cultural and sporting events may well take place with the public, which will be the case in particular at Wimbledon.

Sold out for the final

Canceled in 2020 due to the health crisis, the Wimbledon tournament will be played under the gauge. “We are pleased to have worked closely with government, public health agencies and our local authority in Merton, to confirm that, as part of this next phase of pilot events, the 2021 Championships will kick off on Monday 28 June with a 50% capacity on the pitch, reaching a full capacity of 15,000 spectators on center court for the finals weekend, “Wimbledon organizers said on Monday evening in a statement.

For the ladies final on Saturday July 10 and the men’s final on Sunday July 11, these are sold-out matches that can take place on the Center Court. The last meeting in the “Temple” of tennis is remembered with a legendary final won by Novaj Djokovic against Roger Federer.

Disturbed by a knee injury in recent months, Roger Federer, almost 40, has regained the confidence of his own admission at Roland Garros, where he won three games before retiring. But this 2021 edition of Wimbledon could also be historic in the event of the success of Novak Djokovic, who could catch up with Rafael Nadal and Roger Federer in the number of Grand Slams, with 20 trophies each for the three legends of the circuit.