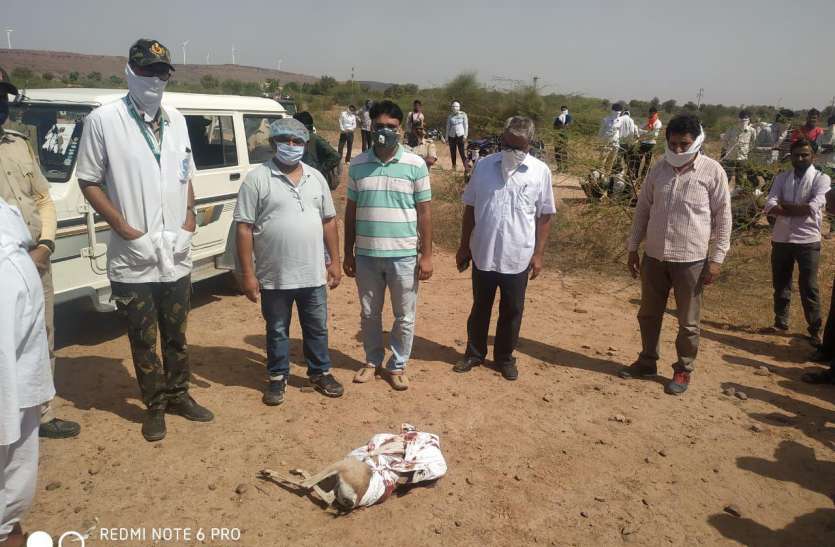 Jodhpur. Despite the famous Salman Khan wildlife illegal hunting episode some 22 years ago, there has been no reduction in wildlife hunting. Now in Corona Lockdown, the game of hiding and seek has been going on for one month between the poachers and the forest department.

The Jodhpur Wildlife Board, which is considered sensitive to hunting wildlife, is constantly witnessing cases after lock-down. More than 8 wildlife hunting incidents have taken place in the last 24 hours in the areas under 40 and Jodhpur forest headquarters in the state. From 2001 to 2020, more than one thousand cases of wildlife crime were reported in the forest department.

A gun, pellet, ax, and material used in hunting have been recovered from an accused caught after hunting for a pregnant deer late Monday night near Hingonia Nada in Mewasa Sarhad of Dawra village of Bawdi Panchayat Samiti in the district.

See also  After 38 cases in the Navy, the corona is under control, Health of soldiers and officers is being monitored before deployment on ships.

The people of the society demanded the arrest of three other accused involved in the hunting incident and the post-mortem on the spot of dead Chinkara.

Meanwhile, the guard of wildlife Mahesh Chaudhary and Regional Forest Officer Ashokaram Panwar explained to the villagers and calmed the matter.

Finally, after setting up a three-member medical board, Dr. Shravan Singh Rathore, Dr. Pankaj Goyal, and Dr. VD Swamy took out the dead child and gunshot from the pregnant’s stomach after a post-mortem of Chinkara.

On receiving information of the hunt, Rampal Bhavad, state president of Vishnoi Tigers Wild and Environment Society, also reached the spot. He resented the frequent hunting incidents in the lockdown.

Villagers told that for the last several days, there has been a movement of vehicles and noises of fire at night. In such a situation, when the villagers saw the camper train coming in late Monday night when there was a sound like firecrackers, in which one was caught, but the remaining three escaped in the dark.