When Chiellini bedrooms Jordi Alba before the penalty shoot-out (VIDEO) 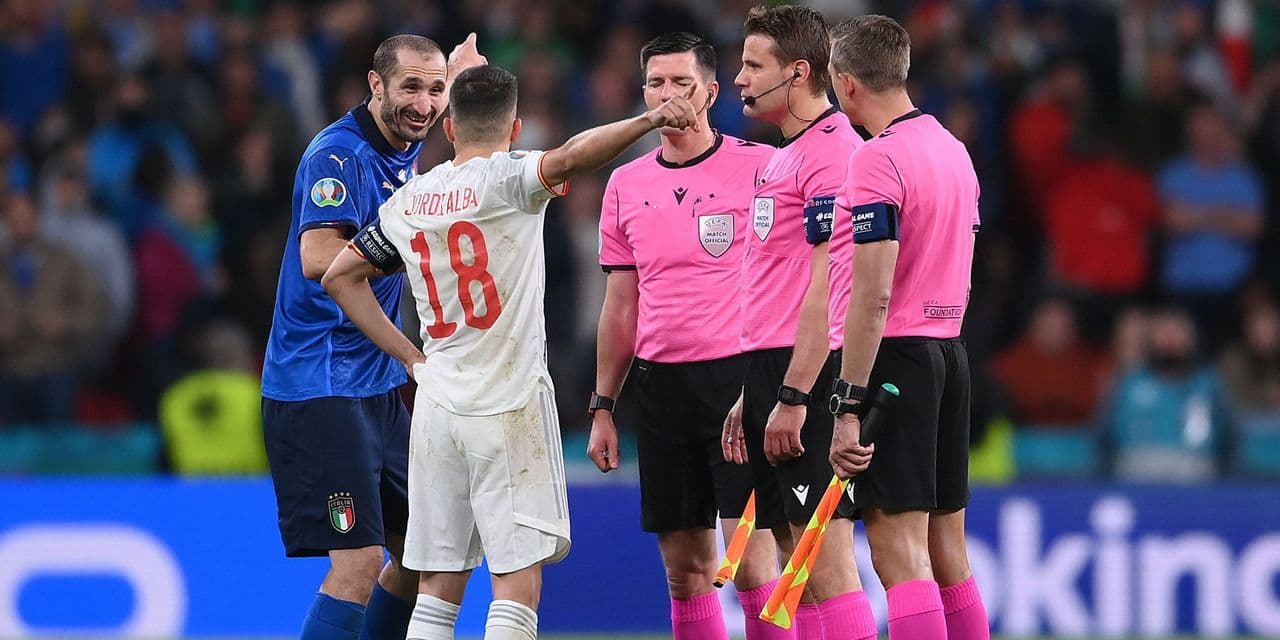 The stakes may be stressful, but Giorgio Chiellini has managed to relax. Before the penalty shoot-out between Spain and Italy to determine who would go to the Euro final, the Italian captain did not hesitate to chamber Jordi Alba.

While confident he had won the first toss, the Juventus player teased the left-back before pinching his cheek after winning the second toss. A nice scene in such a tense moment. Even if the Spaniard did not seem too receptive to his opponent’s actions.

Italy ended up winning this meeting despite the miss of Manuel Locatelli on his first try. Dani Olmo and Alvaro Morata suffered a failure precipitating the elimination of the Roja who had shown an attractive face.

“This is the toughest game I have ever played. Compliments to Spain for what they put on the pitch. Once again, Italy has shown values, heart, the capacity to suffer. It is a joy conquered in suffering, it is even more beautiful. It is something incredible what we do, but we must not be satisfied with it. We are in the final . We will have to put the same will, the same sacrifices to bring back what Italy has lacked for 50 years, “commented Leonardo Bonucci, Chiellini’s partner in central defense.

It remains to be seen whether England or Denmark will stand in the way of Squadra Azzurra.