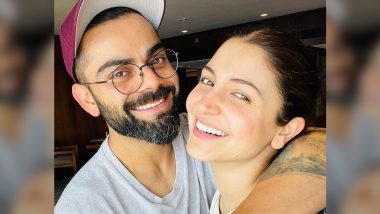 IPL 2021: The thrill of the Indian Premier League 2021 is at its peak. The 22nd match of this season was played on Tuesday, between Virat Kohli-led Royals Challengers Bangalore and Delhi Capitals. In this match, Bangalore defeated Delhi by one run in a close match. In this match, RCB captain’s bat did not do anything special, but he surprised everyone with his captaincy. Kohli led the team to victory in a fluctuating match with his prudent captaincy.

After the match, a throwback video of Virat Kohli and his wife Anushka Sharma (Anushka Sharma) is going viral. In this video, Kohli is seen singing Kishore Kumar’s famous songs ‘Mere Mehboob Qayamat Hogi’ for his wife. At the same time, Anushka is also seen listening to this song of Kohli meditated.

Please tell that Kohli and Anushka married in Italy on December 11, 2017. Kohli-Anushka also has a daughter named Vamika. Both the couples are very happy with their personal life.

Talk about Kohli, he is currently busy in the IPL with his team RCB. RCB’s team is performing tremendously this year and after their six matches, they are in first place in the table with 10 points.