UFC: which channel to watch the McGregor-Poirier fight 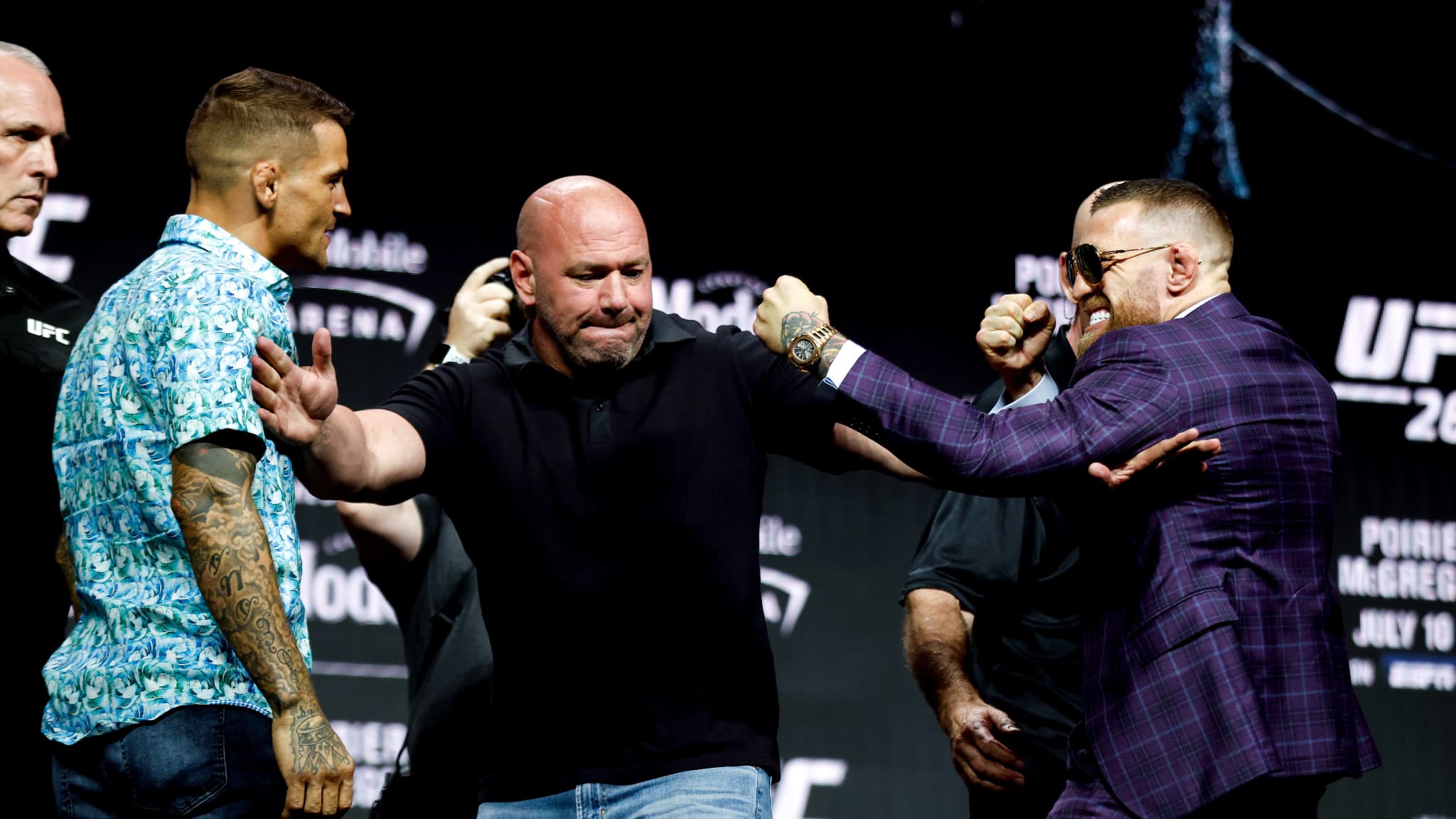 Conor McGregor and Dustin Poirier face off for a much-awaited beauty this weekend in Las Vegas, during UFC 264. An evening of MMA to be experienced exclusively on television on RMC Sport 2, from 3am into the night from Saturday to Sunday.

Forewarned is forearmed. Winner of the first fight in 2014 after a devastating knockout in the first round, Conor McGregor was surprised by Dustin Poirier during the rematch at the UFC last January. Martyred by the kicks to the legs of his opponent, the Irish star ended up groggy against the cage from the second round. The images of the former unified champion of the feathers and the lightweight on the ground even went around the world after this second duel.

Humiliated by his American rival during this second fight, “The Notorious” intends to settle accounts once and for all with Dustin Poirier during a beautiful which promises to be the most spectacular at UFC 264. A great evening of MMA to live live on RMC Sport 2 in the night from Saturday to Sunday, from 3 am.

A show not to be missed

A big fight, an exceptional device to share with you this numbered event of the UFC. From 3 a.m., the MMA Center show presented by Thomas Desson will launch the show and the main card fights. For the occasion, the actors Philippe Bas and Rayane Bensetti will even be the exceptional guests of RMC Sport 2 throughout the evening.

From 4am, the main card fights will begin with a nice rise, with in particular a clash between Gilbert Burns and Stephen Thompson in the welterweights, until the arrival of Conor McGregor and Dustin Poirier. And if all that wasn’t enough to convince you to get up to see UFC 264 on RMC Sport 2, “The Notorious” took it upon himself to turn up the heat before the fight.

“I’m going to make you crawl on all fours in the octagon on Saturday night,” Conor McGregor said in one of the most picturesque sexual references. “You’re just a ***. Your wife is your husband. You don’t. You’re just a little ***, a little redneck idiot. You’re Jolie’s wife (Dustin Poirier’s partner, note). Little ***. “

The third fight of the trilogy between Conor McGregor and Dustin Poirier, it is an appointment not to be missed. But for the less courageous who will not want to get up in the night from Saturday to Sunday, head to the site and the RMC Sport app to experience or relive the best moments of this long-awaited clash between “Diamond” Poirier and Conor McGregor.

>> UFC and MMA’s biggest events are on RMC Sport