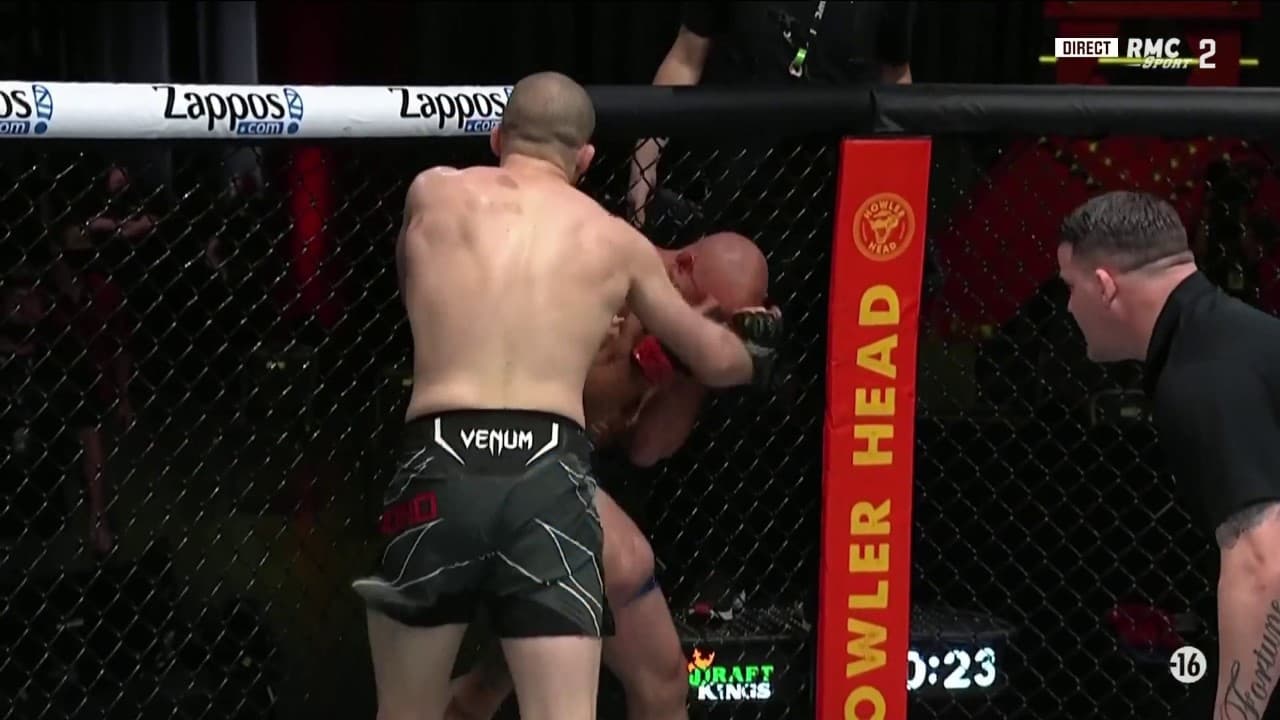 Alex Morono scored a great UFC victory on Saturday night in Las Vegas. The Texan won by KO in the first round against Donald Cerrone.

Beaten by Anthony Pettis for the last of “Showtime” at the UFC before his departure to the PFL, Alex Morono recovered perfectly this weekend during his duel against Donald Cerrone. Facing the 30-year-old Texan, “Cowboy” could not do anything and lost by TKO a few seconds from the end of the first round.

Much more incisive, Alex Morono rushed in attack and sent a deluge of punches to the 38-year-old veteran. After staggering for the first time, Conor McGregor’s unsuccessful former rival found himself cornered against the cage. Aware of his advantage, Alex Morono “The Great White” accelerated further to finish the job and offer himself a 19th victory in 27 fights (for 7 defeats in a no-contest).

>> The UFC is on RMC Sport, subscribe here so you don’t miss out on any night of the year

If Alex Morono continues to alternate good and bad performances in the UFC, the horizon is darker for Cerrone. With this 16th defeat in 54 fights (36 wins and 2 no-contests), the experienced fighter goes on to a sixth meeting without winning.

Worse, after these setbacks against McGregor, Gaethje or Ferguson, the one against Morono still seems to take him a step further and bring him a little closer to retirement. It remains to be seen how Dana White will honor her loyal fighter and give him an exit worthy of his great career in MMA.