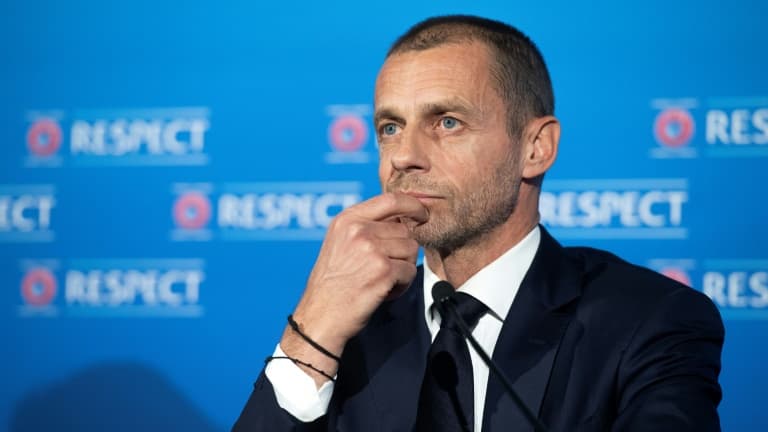 In a press release released on Friday, UEFA announced the sanctions against the nine clubs that withdrew from the Super League project. These teams (Arsenal, Milan, Chelsea, Atlético, Inter, Liverpool, Manchester City, Manchester United and Tottenham) will be deprived of part of their future income. As regards the three other clubs which are still part of the project (Real, Barça, Juventus), UEFA “reserves the right” to take stronger sanctions.

The nine repented agreed to be punished. Arsenal, AC Milan, Chelsea, Atlético de Madrid, Inter, Liverpool, Manchester City, Manchester United and Tottenham are officially sanctioned by UEFA for their brief participation in the Super League. The governing body of European football announced it in a statement released on Friday.

These clubs will suffer a withholding of 5% of the income that UEFA allocates to them for European competitions (the fine will be redistributed). Together, they will also have to donate 15 million euros for the development of football among young people in Europe.

The agreement also provides that these ex-slingers agree unreservedly “to participate each season in all UEFA club competitions (…) on the basis of their sporting merit”. The nine teams will also have to join the European Club Association (ECA), the only representative body that UEFA recognizes. This grouping is now headed by Nasser Al-Khelaïfi, the president of Paris Saint-Germain.

Sanctions to come for Barça, Real and Juve

“By accepting the commitments of these clubs and their desire to repair the troubles they have caused, UEFA wants to put this chapter behind it and move forward in a positive spirit,” said its chairman Aleksander Ceferin. The measures announced are important, “But none of the financial penalties will be retained by UEFA. They will all be reinvested in youth and local football. These clubs have quickly recognized their mistakes and have taken action to show their contrition and future commitment to European football.” The same cannot be said of the clubs which remain involved in the Super League and UEFA will deal with these clubs at a later stage. “

For Real Madrid, FC Barcelona and Juventus, who are still involved in this semi-closed league project, other sanctions are therefore under consideration. UEFA thus announces that it reserves the right to take “the measures it deems appropriate”. The case will be quickly “submitted to the competent disciplinary bodies”.