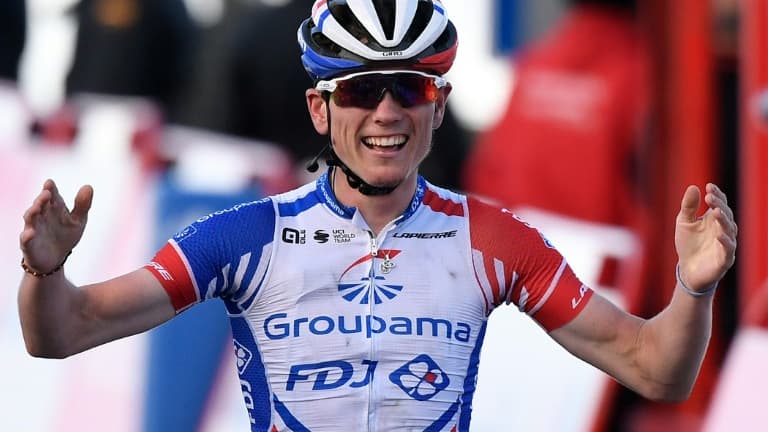 David Gaudu won the very difficult last stage of the Tour of the Basque Country on Saturday in Arrate. The Frenchman is ahead of Primoz Roglic, the final winner, after a crazy race.

The queen stage of the Tour of the Basque Country arrived this Saturday in Arrate and its king is called David Gaudu. The Frenchman, imperial in the many passes of the day, won in front of Primoz Roglic, who did not challenge him for victory. A success obtained after a crazy day, when hostilities began more than 60 kilometers from the finish, in full descent, while there were still two climbs on the program.

With the help of the Astana team, Primoz Roglic, slightly behind overall, managed to win the UAE Emirates from Tadej Pogacar, winner of the last Tour de France, and Brandon McNulty, wearing the yellow leader’s jersey. David Gaudu, able to follow the right move, was then the strongest, in the final ascent, when Valverde, Landa and Carthy successively let go.

Exchange of good practices with Roglic

Isolated with Primoz Roglic, the Groupama-FDJ climber got on well with him. The Frenchman took over to help the Slovenian in his quest for a final victory in the general classification. In exchange, Roglic did not compete in the sprint, leaving Gaudu to savor his second success of the season after the Faun-Ardèche Classic in February.

In the general classification, David Gaudu finished 5th in this Tour of the Basque Country, undermined by his expense on the first day during the time trial. He was then very present in the mountains, fourth in Sestao and sixth in Ermualde, on difficult profiles. His victory at Arrate concludes a great week and underlines the Frenchman’s skills on the Spanish roads, after his two stages won in the last Tour of Spain.