Tour de France: Bahrain Victorious targeted by an investigation, what we know about the alleged facts 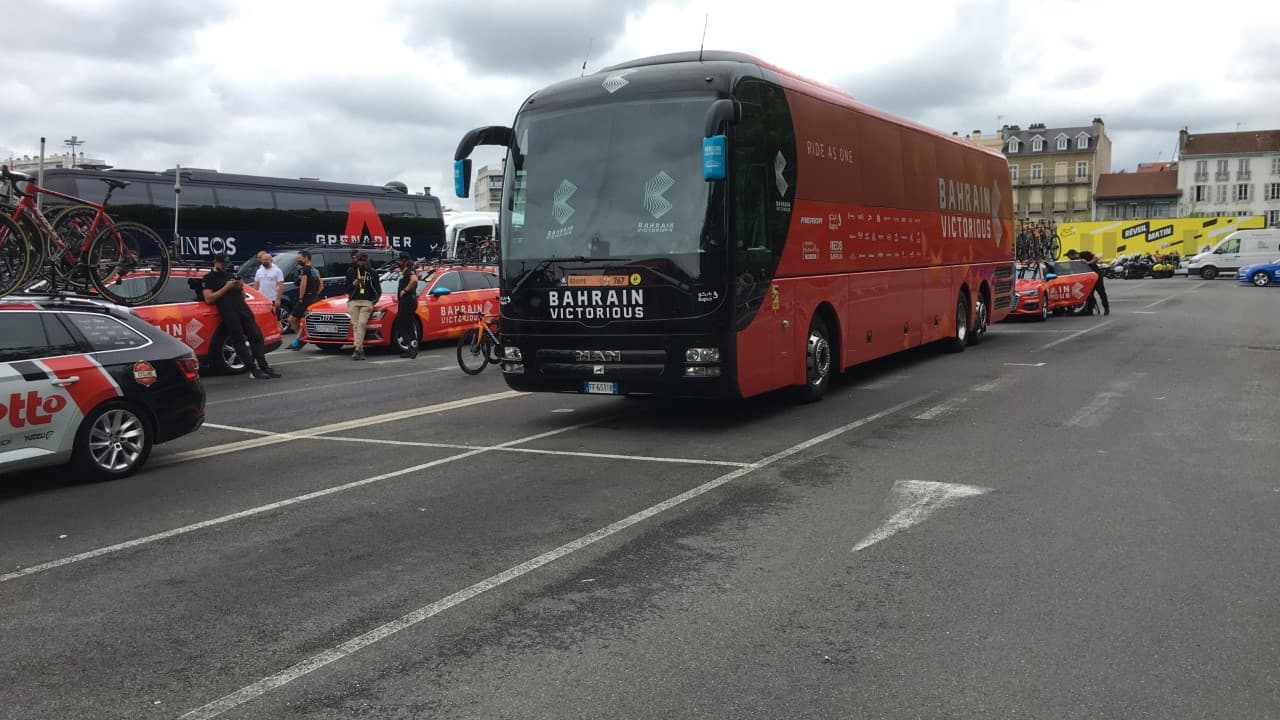 The search carried out by the gendarmes, Wednesday evening in the hotel of Barhain Victorious, is part of a preliminary investigation opened on July 3 against members of the team for possession of a prohibited substance or method.

Four days before the arrival on the Champs Elysées, investigators from the Central Office for the Fight against Environmental and Public Health Attacks (OCLAESP) burst into the hotel of the Bahrain Victorious team on Wednesday evening in Lescar, in the suburbs of Pau. A particularly targeted visit and in-depth investigations in the riders’ rooms and in the team bus.

In search of a “prohibited substance or method”

An operation carried out as part of a preliminary investigation opened on July 3 by the Marseille prosecutor’s office for “counts of acquisition, transport, possession, importation of a substance or method prohibited for use by an athlete without medical justification concerning members of the Team Bahrain Victorious cycling team “, indicates the press release from the public prosecutor’s office this Thursday at noon.

This descent did not give rise to any arrest. “The preliminary investigation is continuing in order to determine the reality or not of the offenses which justified its opening,” said the press release. The existence of this investigation and the operations carried out do not in any way predict the existence of criminal offenses. suspected or prosecuted is presumed innocent until proven guilty. “

The team claims to have collaborated but regrets the timing

The Bahraini team, which won two stage victories in the Tour de France (Teuns and Mohoric) and currently owns the polka-dot jersey (Poels), reacted by ensuring that they had handed over all the documents requested by the investigators. “The team has been asked to provide all training records that have been compiled and presented to officers as requested,” a statement said.

>> Follow the 18th stage of the Tour de France LIVE

In the same text, Vladimir Miholjevic, sports director of the team, regretted the timing between two big Pyrenean stages. “We have not received a mandate to read it, but the team has complied with all requests from the agents, he assures. We are committed to the highest level of professionalism and compliance with all requirements regulations and will always cooperate in a professional manner. The process has had an impact on the recovery and meal planning of our runners and as a professional team the well-being of our team is a key priority. “