Tottenham-Manchester United: Mourinho turns on Solskjaer after his very harsh words on Son 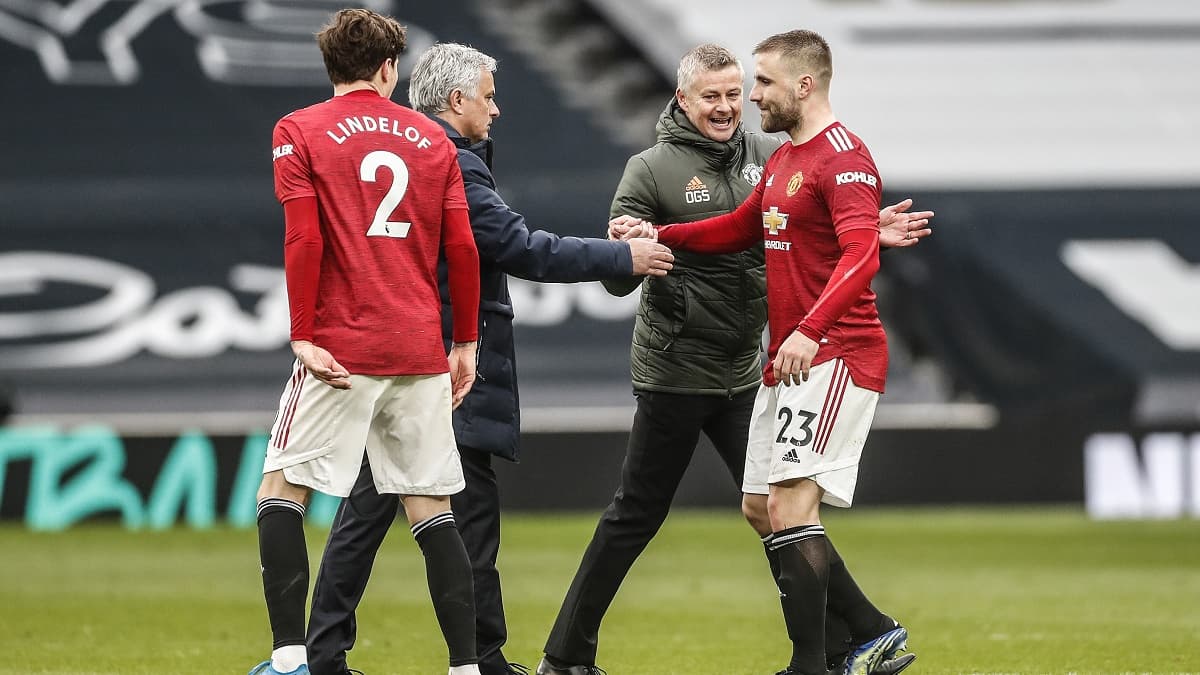 José Mourinho responded to comments from Solskjaer, who accused Son of defrauding Manchester United after a goal denied to Cavani on Sunday. The Portuguese’s response is brutal.

The war of words, José Mourinho is used to it. After the match against Manchester United, which went to overthrow Tottenham (3-1) on Spurs’ ground, the Portuguese technician was annoyed not to be questioned about the controversy involving his player, Korean Heung-min Son, and his Norwegian counterpart Ole Gunnar Solskjaer. The Manchester United manager has accused the striker of cheating on the referee after a goal denied to Cavani.

The Uruguayan striker, launched by Pogba, believed to open the scoring in the 33rd minute. But the video assistance intervened for a fault of McTimonay before the action. A hand to Son’s face sanctioned by a denied goal.

“We shouldn’t be fooled like this,” said Solskjaer in reaction to the decision, which caused a lot of talk. And which inspired him this scathing criticism: “If my son stays on the ground for three minutes and he needs his ten comrades to help him up, I can tell you that he will have nothing to eat. . We were not fooled, it was the referee who was cheated. “

Mourinho: “Sonny is very lucky his father is a better person than Ole”

The words too many. The controversy was sparked. Mourinho could not miss: “I already told Ole because I saw him a few minutes ago. If I am the one telling a player a, b or c from another club , if it was my son i wouldn’t give him dinner tonight or something, what would be the reaction? by the way i just want to say that Sonny is very lucky his dad is a better person than ‘Ole. Because a father – I’m a father – has to feed his children no matter what they do. If you have to steal to feed your children, you steal. I am very disappointed, I already told Ole what I think of his comments. “

On the sidelines of this quarrel between the two coaches, the Tottenham club issued a statement in which it deplores the racist insults suffered by Heung-min Son during this match, with no apparent link with Solskjaer’s comments. “Another match day and another heinous racial abuse suffered by one of our players. This has been reported to the platforms again and we will now undertake a full review of the situation with the Premier League to determine the action most effective. We’re with you, Sonny, “Spurs wrote.