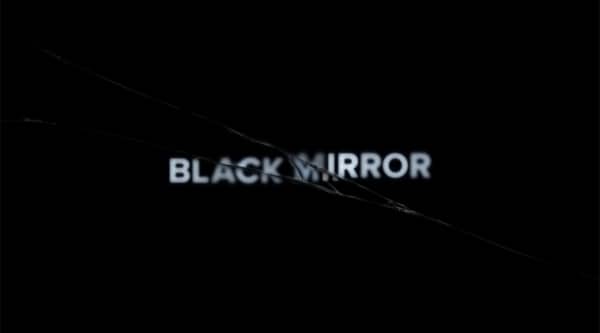 
Here are the best episodes of Charlie Brooker’s Black Mirror.

Charlie Brooker’s science fiction anthology series Black Mirror is one of the most innovative TV series today. Most of its episodes present a horrifying future, where humanity’s obsession with technology has led it to adverse situations. This show is all the scarier because it rings too uncomfortably true. The technology, while futuristic, is believable and looks exactly like something future humans will invent and want to possess.

Here are the show’s best episodes.

While Black Mirror is often depressing, and the episodes usually end badly for protagonists, San Junipero is a pleasing exception. Set in a beach resort town (called San Junipero), a shy woman (Mackenzie Davis) falls in love with the more sociable Kelly (Gugu Mbatha-Raw). The town does not exist, but is actually a virtual simulation where old people can live in after they are dead (now you know from where Upload took its inspiration from). Black Mirror’s Smithereens episode is about the dangers of social media addiction.

This episode is mostly about the dangers of social media and technology in general and how lethally addictive it can be. Andrew Scott is a cab driver who waits out the office of a social network company Smithereens (modeled not-so-subtly on Facebook) to pick up and kidnap an employee so he will be able to call the CEO Billy Bauer.

The episode has a nice suspense build-up, and yet one gets an idea before the big reveal that the payoff of that long wait is not going to be all that impressive. And indeed, you see it coming from miles away. Smithereens is not without its merits, however. Scott, for instance, is superb (a part requires him to go full Professor James Moriarty).

If this episode is not enough to tell you that Brooker loves video-games, nothing will (well, his one-off television special for Channel 4 in 2013 titled How Videogames Changed the World also might). Two friends play a Tekken-like video game in which the player’s consciousness gets transferred into their in-game avatars. They, through their avatars, get sexually attracted to each other and have sex – inside the game. Danny, once out the game, freaks out and yet finds himself unable to stop. A still from the “Striking Vipers” episode of Black Mirror. (Photo: Netflix)

The first episode of the show has Rory Kinnear as the British Prime Minister. The episode has a member of the British royal family being kidnapped, and the kidnapper says he will release the person only when the PM has sex with a pig on live TV. Yes, the premise is so ridiculous. And it works. The episode deals with the fact that nobody has control over information in the age of internet and social media.

Bryce Dallas Howard’s character lives in a society in which people share their daily conversations and rate them on a scale of 1 to 5 stars. This affects their status in society, and this is why everybody is mad about not offending anyone. This Jesse Plemons episode is Star Trek themed and also simultaneously parodies the space-opera franchise. Plemons’ Robert Daly is a shy but talented programmer who co-founded a popular video game. He has stimulated a space adventure within that game and uses his colleagues’ DNA to create their clones inside the game world. In that virtual world, at least, he gets to live that fantasy life in which everybody fulfills his wishes.

In this episode, Letitia Wright’s character visits a museum that houses exhibits that are related to some sort of crime. Douglas Hodge’s character Rolo Haynes is the owner of the museum. Haynes tells Nish the tales behind the horrific exhibits, and it turns out Nish has a dark connection to one of them.

8. “The Entire History of You”

We know Black Mirror can be gloomy, and no other episode demonstrates that more than this episode. It is set in a world where people have a micro-device inside them that records everything they see and allows them to, literally, relive those as memories. The episode revolves around a man who suspects his wife of adultery. The episode has an exceptionally negative outlook, but then this is Black Mirror and not Winnie the Pooh.

A still from “Arkangel” episode from Netflix.

Parents can be overprotective of their children sometimes, but the ones in the world of this episode go a step too far. They implant a device in their children. The device allows them to locate their children and also monitors their health constantly. But it also censors what the parents do not want their children to see – not on television or movies, but in the real world.

This episode brings the ugly side of social media into the spotlight. It is also a solid police procedural, inspired by Nordic murder mysteries. A couple of British coppers investigate the death of people who were the target of social media hate campaigns.