The Indian Paper
HomeAutomobileThe new Renault kicker that will compete with the Kia Sonnet .....
AutomobileCars
November 18, 2020

The new Renault kicker that will compete with the Kia Sonnet .. The concept model is just toxic! 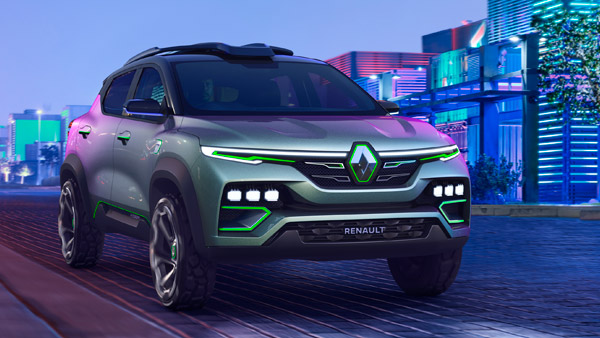 Renault is all set to launch the new sub-compact SUV in India under the name Kigger. Meanwhile, to attract the attention of Indian customers and SUV lovers, it has today unveiled the concept model of its Kicker SUV.

Its design is designed to appeal to everyone at first glance. Renault claims that its production level model will be 80 percent identical to this concept model. So, this new SUV has caught everyone’s attention.

The upcoming Nissan Magnite car and this new Renault Gigger SUV are built on the same configuration principle. The new Renault Kicker is based on the CMFA Plus architecture.

The faade is given the unique grille and logo of Renault cars. Above the grille, the system is given a thin LED light bar. The bumper system features a three-chamber headlight cluster.

The car’s stunning bumper structure, gigantic wheel arch, three-dimensional C – shaped tail light cluster and roof spoiler make this car stand out. You can be sure that the touchscreen infotainment system will come with modern features including the digital instrument cluster.

The new Renault Kicker SUV is expected to go on sale in the first half of next year. In addition to its partner Nissan Magnet, it will compete with sub-compact SUVs including the Kia Sonnet, Hyundai Venue and Maruti Vitara Brezza. It is likely to come with a starting price of Rs 6 lakh.