The latest update is the Mercedes-Benz EQC Electric SUV 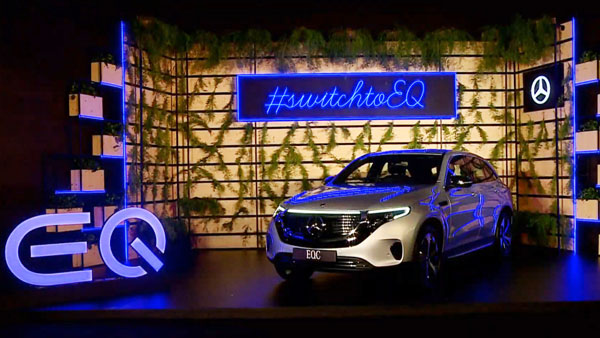 As for the design of the Mercedes-Benz EQC Electric SUV, its styling is very different. The front of this new electric SUV features a multi-slot grille and features U-shaped chrome surround LED headlamps and LED daytime running lamps.

The dual 10.3-inch display is now installed in the cabin of this premium electric SUV. It has now embedded the MBX Infotainment System with the Multi-Functional Steering Wheel and the Signature Center Console with the Trackpad.

This new Mercedes-Benz EQC SUV is being brought to India via the CBU route. The new EQC SUV is equipped with an 80 kW lithium-ion battery pack.

This new Mercedes-Benz EQC electric SUV has a two-electric motor. One motor This electric SUV drives the front axle and another motor has a rear front-wheel-drive system.

This combined electric motor produces 405bhp and 765Nm of torque. German luxury car manufacturers have put a lot of thought into developing the EQC. Mercedes-Benz is the company’s first all-electric series production model.

The new EQC SUV features the design of the Generation EQ concept displayed at the 2016 Paris Motor Show. The cabin of this new electric SUV features a new premium design.

This electric SUV can accelerate from 0-100 km / h in just 5.1 seconds. The top speed of this car is 180 km / h. There are no direct competitors to this SUV, but Audi will be competing with the EQ Tron if it is launched in India in the near future.