The director offered to strip for a song from Priyanka Chopra, thus Salman Khan had a big help 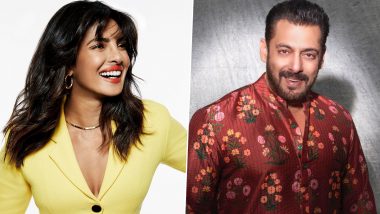 Priyanka Chopra further wrote in the book, “My co-star Salman Khan was a big star of India. He understood the seriousness of the matter and immediately came to the rescue. When the producers came, Salman talked to him and settled the matter. I don’t Know what Salman Khan talked to him, but after this, the way the producer talked was completely changed.

After the revelations of Priyanka Chopra, there has been a stir in Bollywood once again. Talk about acting, Priyanka Chopra is going to be seen in ‘Text for You’.