"Super ridiculous", "victory for the fans", the Super League falters": the media are a hit with the competition and rejoice 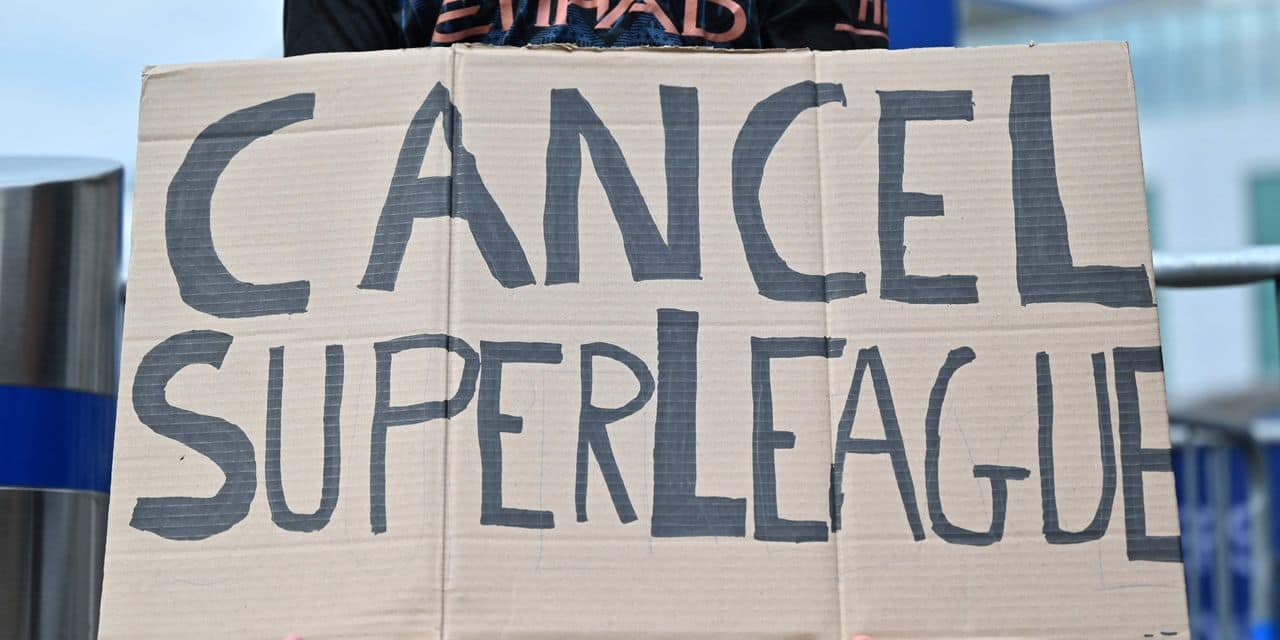 “Super ridiculous”, tackle the Madrid daily Marca on the front page of the Spain-based Super League. “The superleak. The English clubs are leaving, the project is falling apart,” adds the electronic edition of Tuttosport in Italy.

Departures “British Seal”, ironically the French daily L’Equipe, at the end of a crazy day when the six founding English clubs of this private competition, rival of the Champions League, let go, making it s ‘collapsing “like a house of cards”.

“The slingers misjudged the extent of the storm they triggered”, analyzes the newspaper which notes that “the strongest resistance came from England”.

If, “with the expansionist manners of the Premier League, it is England, the cradle of the game, which made the Super League project possible”, it is also she who “draped in her attachment to the idea that a club is first and foremost a community born from the working class at the end of the 19th century “has” best participated in bringing down the project of ‘traitors’, of ‘twelve bastards’ or ‘plotters’, continues the newspaper, with reference to titles from the English press.

Supporters’ outcry – hundreds of English club fans demonstrated their rejection of the Super League outside Chelsea’s Stamford Bridge stadium in London – was a winner.

“Victory for the fans, the six English clubs withdrew from the European Super League, leaving the tournament in tatters,” notes the British daily Daily Mirror in its electronic edition.

“The Super League is faltering as the clubs give in to the anger of the supporters”, also estimates, in its electronic edition, the Times, which also underlines the role of the players, the managers and the policies.

It is thus a “singular record” that the Super League has beaten, according to the Italian daily Gazzeta dello sport: in 48 hours, it succeeded in uniting against it “the political leaders, the European Parliament, the sports institutions, all the international press, the tifosi, the coaches and the players, and even companies which had joined the project “.

But “the meaning of these two crazy and chilling days would perhaps now consist in not stopping there, in taking advantage of the movement of the cursor in the balance of power, and in making other demands that can bring back the game and the supporters at the heart of the football organization “, underlines the team. Which carries on the front page the photo of the amateurs of the small team of Rumilly Vallières, qualified for the semi-finals of the Coupe de France: “CA is football”.