Sreesanth accepted, because of these two players, there was a storm in bowling on the tour of Africa. 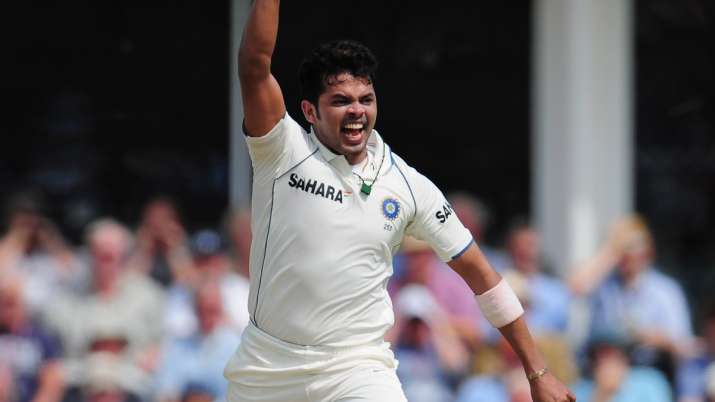 Fast bowler Sreesanth took five wickets in the first innings of the first Test on this tour but Sreesanth says that this was not possible without the contribution of former Indian cricketer and teammates Sachin Tendulkar and Sourav Ganguly at that time.

Sreesanth told a news channel, ‘I still remember that we had a match at Pochefstroom before the Test series. Sourav Ganguly was returning to the team and he used to take me to the net soon. I was not a very good bowler against left-handed batsmen and a long spell for Dada in the nets helped me a lot in bowling. “

Sreesanth also continued his first match performance in the second Test played in Durban and took four wickets in both innings. However, his efforts could not stop South Africa from achieving parity in the series and India lost the match by 174 runs.

He went on to say, “If you notice, I bowled very well to the left-handed batsmen in South Africa – especially Graeme Smith. After every wicket I would go to Sachin Paji, because that too was me mid-off or mid- On used to tell me where to bowl. I was the man of the match, but it was all due to these veterans. ” Sreesanth finally said, “I did not know that India had never won a Test in South Africa and I came to know this later. I used to bowl against these giants in the nets which enabled me to succeed in South Africa.” “

It is worth noting that in 2006, a 3-match Test series was played between hosts South Africa and India, in which Africa was successful in capturing the series 2–1. The visiting team India lost both the last Test matches after winning the first match. Earlier, India had lost 4–0 in the 5-match ODI series played.

Giants including Sachin and Sehwag accept heavy kangaroo on India, know who said what

AdelaideThe cricket world reacted with shock and astonishment to the Indian team's nightmare that they saw here on Saturday at...

Sachin praised Rahane, why did Virat prove to be good captain in absence of Virat

new DelhiIndia vs Australia The first ODI will be played in Sydney on Friday. Before that, let us tell you...