Sourav Ganguly had to leave captaincy as his favorite was Dhoni 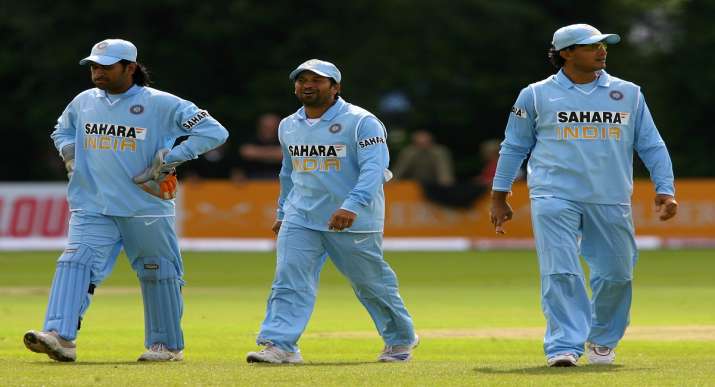 Former Australian player Greg Chappell’s tenure as coach of the Indian cricket team was highly disputed. Senior players of the team were particularly angry during Chappell’s tenure. The biggest reason behind this was the style of Chappell’s coaching, but it was during his time that some things happened in the team that went ahead for Indian cricket. However, it was during his tenure that a veteran like Sourav Ganguly lost his captaincy.

Mahendra Singh Dhoni, one of the most successful captains of the Indian cricket team and a member of two world-winning teams, made his debut during the tenure of Dhoni Chappell. Chappell was heavily influenced by Dhoni and believes that he has not seen a power hitter batsman like Dhoni till date.

In a Facebook chat with the Playwright Foundation, Chappell said, “I remember when I saw him for the first time, it felt strange.” He was certainly one of the most enthusiastic cricketers in India at that time. He used to hit the ball in an unusual way. I haven’t seen a power hitter batsman like him till date. ”

He said, “I remember his innings of 183 runs against Sri Lanka and his style was completely different. It was awesome. After that the next match was to be played in Pune. I asked him that you want every ball on the boundary Why not play more on the field than try to kill.

Chappell said, “In Pune ODI we were chasing a target of 260 runs. We were in good shape but Dhoni was trying to put a big shot on every ball, despite this. ”

Chappell recalled an incident in that match, saying, “We were 20 runs behind from the target, when Dhoni, during the drinks break, brought the news to RP Singh, who was in the team as the 12th player, to me whether he was big. Sot can kill. I sent a message to Dhoni in response that he should not do so until the match score is equal but where Dhoni was supposed to believe he finished the match by hitting a six in his own style.

See also  To fulfill this dream, Jhulan Goswami is also training at home

He said, “I always challenged him to finish the match and he had a smile on his face.” When he came to the dressing room after finishing the match, it was a great moment. I have not seen a finisher like that.

Pant said, comparison with Dhoni is fantastic but want to make a different identity for myself

new DelhiIndian wicket-keeper batsman Rishabh Pant is happy with the comparison with veteran Mahendra Singh Dhoni but said on Thursday...

Brisbane Indian young wicketkeeper batsman Rishabh Pant completed his 1000 Test runs in the second innings on the fifth and...

Amit Kumar, New DelhiIn the second T20 against Australia on Sunday, Hardik Pandya again showed the world how effective he...

new DelhiYograj Singh, father of former veteran Indian all-rounder Yuvraj Singh, is once again in the news. However this time...

Bangar said, Dhoni will not captain Chennai in IPL next year

new DelhiChennai Super Kings, the IPL team of veteran Mahendra Singh Dhoni, could not make it to the playoffs in...