Simon Kjaer, much more than a "simple" captain for Denmark 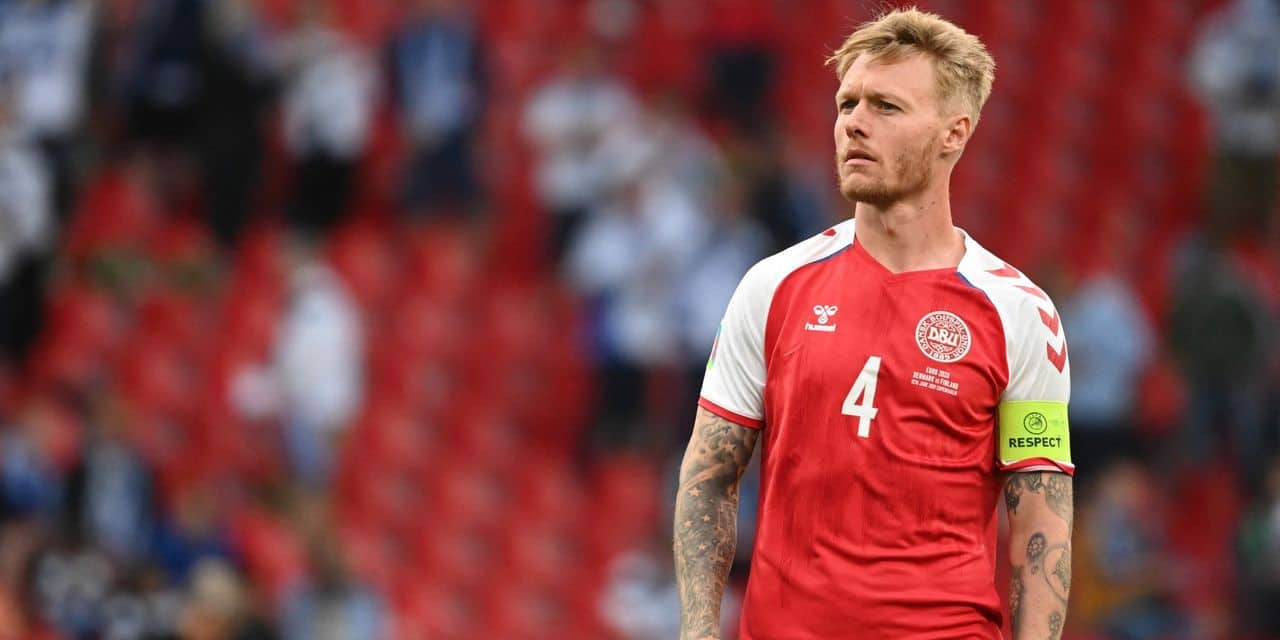 Since last Saturday, Simon Kjaer has become much more than a “simple” captain for Denmark: the defender left an impression with his composure when his teammate and friend Christian Eriksen collapsed in the middle of the Euro match . “He has an imperial calm, we saw him with his superb reaction on Saturday … He’s a kind of modern-day Beckenbauer, a man with great class.” Jean-Michel Vandamme, who had recruited him in Lille in 2013, confides that he was not surprised by the figurehead of the Vikings, opposed to Belgium on Thursday.

When Eriksen collapsed, just before the break for the Euro game on Saturday against Finland, time stood still in Copenhagen.

Not for Kjaer, who, from his own half, rushed to put him in a side-safe position and clear his airways to prevent choking. An intervention deemed decisive while the rescuers were not yet at work.

When the doctors arrived, he stepped aside and planted himself, standing, without taking his eyes off his lifeless partner. While organizing its partners – some in tears – in a compact semicircle to protect the intervention of rescuers from view and objectives.

“No one has acted as forcefully as Simon Kjaer (…), who swept across the pitch with a speed his 32-year-old body rarely achieves“, wrote the daily Politiken, calling the captain “legend”.

When Eriksen’s companion, present in the stands, came running, it was again Kjaer – with Schmeichel – who hugged her and reassured her: they know each other, to live in the same city, Milan, Eriksen playing to Inter and Kjaer to AC Milan, where some supporters would now see this framework, appreciated for the confidence it has instilled in a young team, take the captain’s armband.

It remains to be seen how player Kjaer will finish the Euro now. On Saturday he resumed the game against Finland with his partners but quickly came out, overcome with emotion. Denmark may indeed need its defender on Thursday against Romelu Lukaku, Eriksen’s other teammate at Inter.