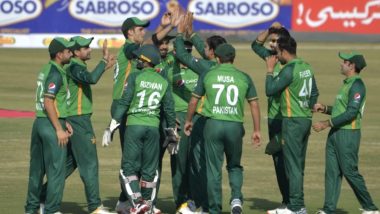 Karachi, March 12: Pakistan has included tainted opener Sharjeel Khan in the national T20 squad for the tour of South Africa and Zimbabwe. Left-handed batsman Sharjeel was banned for five years by the Anti-Corruption Unit of the Pakistan Cricket Board in August 2017. He was found guilty of corruption during the Pakistan Super League in the UAE. The tribunal, however, reduced his ban to two and a half years, which gave him a chance to return to competitive cricket last year.

The Pakistani team will play three ODIs and four T20 matches in South Africa and two Tests and three T20 matches in Zimbabwe. Pakistan’s limited overs team will leave for a special flight to Johannesburg on 26 March. At the same time, the test team will go to Zimbabwe on 12 April.