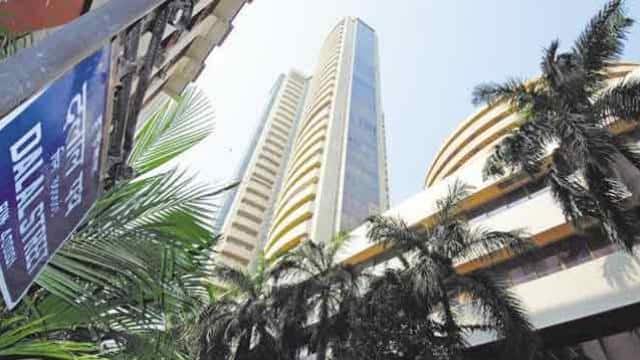 Kotak Bank was the biggest loser among the Sensex stocks. It fell about 3 percent. Apart from this, Axis Bank, Sun Pharma, HDFC Bank, Bajaj Finance and Asian Paints also declined. On the other hand ONGC, PowerGrid and IndusInd Bank were profitable.

Vinod Modi, strategy head, Reliance Securities, said that profit-booking in various stocks led to the fall in domestic stock markets. He said that the futures and options segment saw more volatility before the closing of deals as expected. Modi said that profit booking was expected in view of good market growth in the last few business days. In other Asian markets, Shanghai and Sol were at a disadvantage while Tokyo and Hong Kong were at a profit.
Early trading in major markets in Europe was mixed. Meanwhile, global oil standard Brent crude futures were trading up 1.15 percent at $ 48.33 a barrel.

The stock markets rose strongly on Tuesday and the BSE Sensex jumped 446 points to close. The market gained momentum due to heavy buying in shares of banks, financial companies, realty and auto companies. According to traders, the strengthening of the rupee against the dollar also boosted the business sentiment. The 30-share BSE Sensex closed at a record 44,523.02 points, up 445.87 points, or 1.01 percent. During the business it had reached a record level of 44,601.63 points. At the same time, the National Stock Exchange’s Nifty closed at 13,055.15 points with a gain of 128.70 points, or one percent. According to provisional data of the stock market, foreign institutional investors bought shares worth Rs 4,563.18 crore on a gross basis on Tuesday.