Roland-Garros: why Djokovic once again wrote tennis history with his new coronation 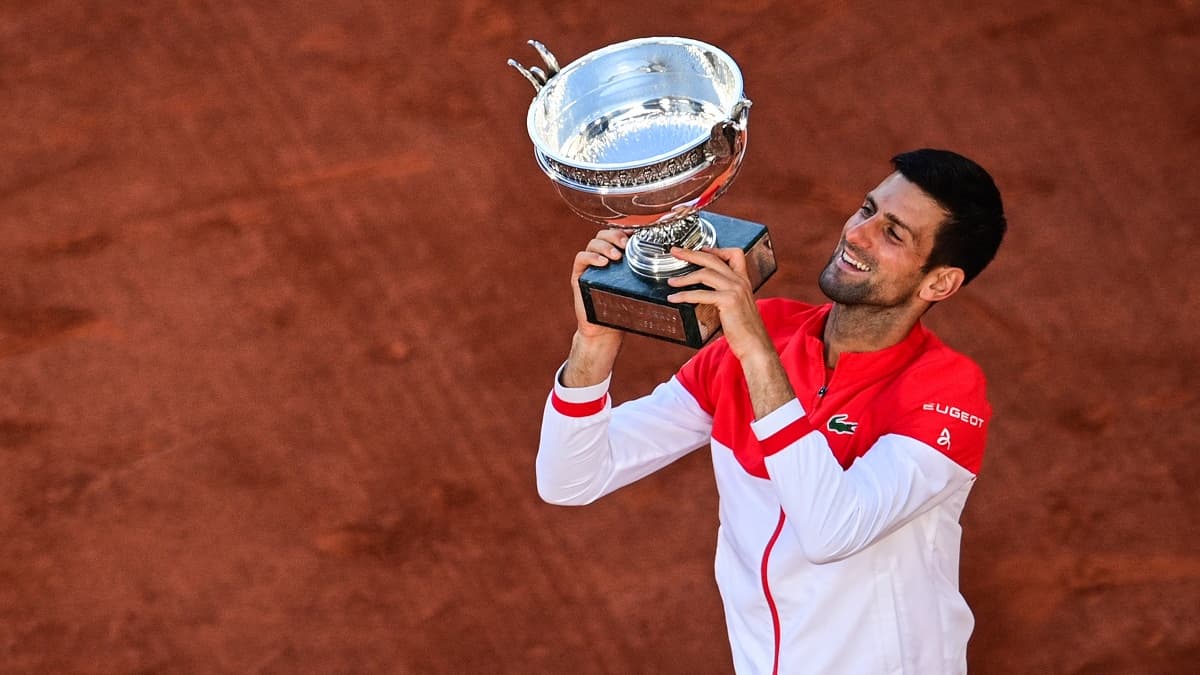 Novak Djokovic’s victory at Roland Garros this Sunday (against Stefanos Tsitsipas in the final) allows the Serbian to occupy an even more important place in the debate on the best player in history.

Overthrowing against Stefanos Tsitsipas (6-7, 2-6, 6-3, 6-2, 6-4 in 4:11), who led two rounds to nothing, Novak Djokovic won his 19th Grand Slam title at Roland Garros , coming to a length of Rafael Nadal and Roger Federer, co-holders of the record in the matter.

Two men he could equal in the Wimbledon tournament, the third Grand Slam lifting of the season. Realize, at the end of 2010, Novak Djokovic had won only one Grand Slam tournament. Ten years later, the Serbian has already added 18 to his list.

The first to recover a handicap of two sets

The Djoker has even won seven of the last twelve Grand Slam tournaments. He is the first player of the Open era to win seven Grand Slam titles after turning 30. He co-held the previous title record with Rafael Nadal. He is now alone in the world.

His second Roland-Garros (after 2016) also allowed him to achieve the 5th Australian Open-Roland-Garros double of the Open era, the second for him after 2016. Above all, Djokovic became the first player of the era Open to win each of the four majors twice.

With his back to the wall against the Greek Stefanos Tsitsipas, Novak Djokovic is the first player of the Open era to obtain victory in the final of a Grand Slam tournament after being led by two innings to nothing.

In short, Novak Djokovic has again broken a number of records, while others are still held by his rivals, and all of them will continue to fuel their legend and the many debates on the GOAT (Greatest Of All Time) that may occur. stretch to infinity.

Like Roger Federer, Novak Djokovic has six seasons with several Grand Slam titles to his name, but only the Swiss have managed to achieve the small slam three times (three of the four Grand Slam tournaments).