Roland Garros: "We paid! We paid!" The frustration of spectators fired because of the curfew 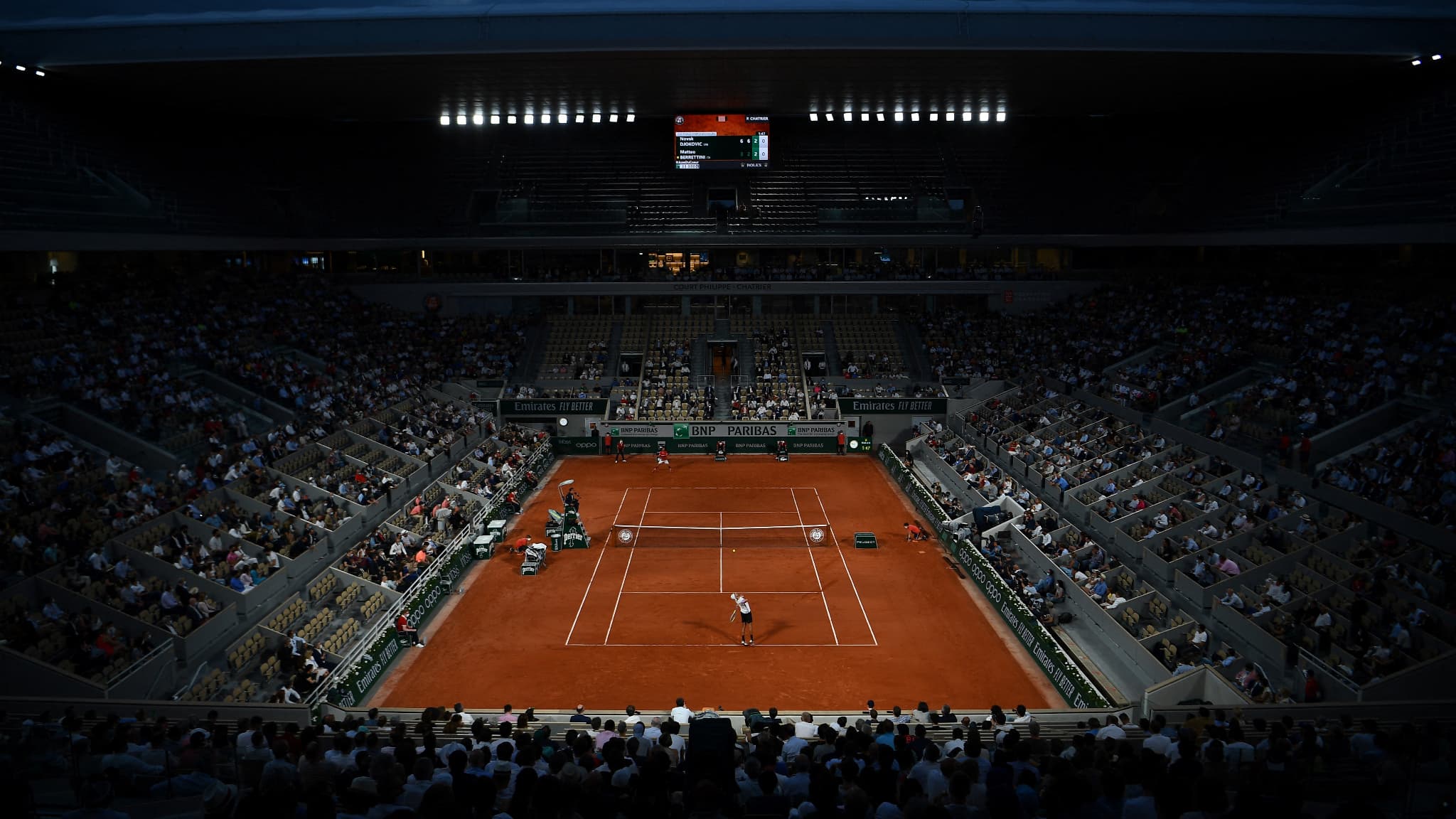 With the curfew at 11 p.m., the 5,000 spectators who came to watch the Roland-Garros quarter-final between Novak Djokovic and Matteo Berrettini had to leave the stands before the end of the match. Frustrated, angry, some took a long time to leave, even causing a brief stoppage of the match.

“Inadmissible”, “we will stay”, “we paid”, the spectators of the match between Novak Djokovic and Matteo Berrettini had to leave the stands at 11 pm Wednesday evening, curfew requires. And leaving when the match was not yet over did not annoy them much. The Serbian then led two sets to one against the Italian, in the quarterfinals of Roland Garros.

From 10:30 p.m., the public was invited to leave the Philippe-Chatrier court. But the announcement was not really followed. Second message at 10:45 pm: “The curfew coming into effect at 11 pm, ladies and gentlemen please make your arrangements” was greeted with “we will stay! We will stay!” rising louder and louder from the stands where thousands of people still remained. “We paid! We paid!”, They chanted again later. Some even tried to trick and hide so they could stay.

The players briefly left the court

But at the next change of ends, at 10:55 p.m., play was halted and the players briefly left the court for the audience to evacuate completely. “The game is suspended, we are waiting for you to clear the stands. The game will resume behind closed doors,” announced the announcer. “We paid 500 balls for two thirds of the match, it is unacceptable. In this case, it was necessary to start at 7 pm”, railed a spectator leaving the stadium with his wife and their two children. At 11:05 p.m. a new announcement sounded: “Ladies and gentlemen, closing the stadium doors to the public”. Only accredited people could now stay. The players returned to the court at 11:10 p.m. and the match resumed after three minutes of warming up.

Match scheduled at 8 p.m., hoping it ends on time

This tenth and last night game of the 2021 edition was the only one to have welcomed the public, benefiting from the decline of the government curfew at 11 p.m. instead of 9 p.m. until then. The match had been scheduled for 8 p.m., hoping that it could end before the fateful hour. Some 5,000 people were seated in the stands.

The organizers of Roland-Garros have obtained from the authorities the authorization to bring in a little more than 5,000 people for the first ten days of the tournament, before going to a ceiling of 13,000 for the last five, when the authorized tonnage has increased from 35% to 65% of maximum capacity, with a cap of 5,000. So much so that during the day Wednesday, around 13,000 people walked the aisles of the stadium, thanks to the implementation of the health pass.

On Wednesday evening, the spectators of the early evening were therefore unable to witness the victory of the Serbian, who joined Rafael Nadal in the semi-final. A victory in four sets (6-3, 6-2, 6-7, 7-5) for the world number one, obtained at the cost of a tense end of the game. He was initially very angry, before exploding his joy.