Roland-Garros: the sad exit of Tsonga, eliminated in the first round on an empty court 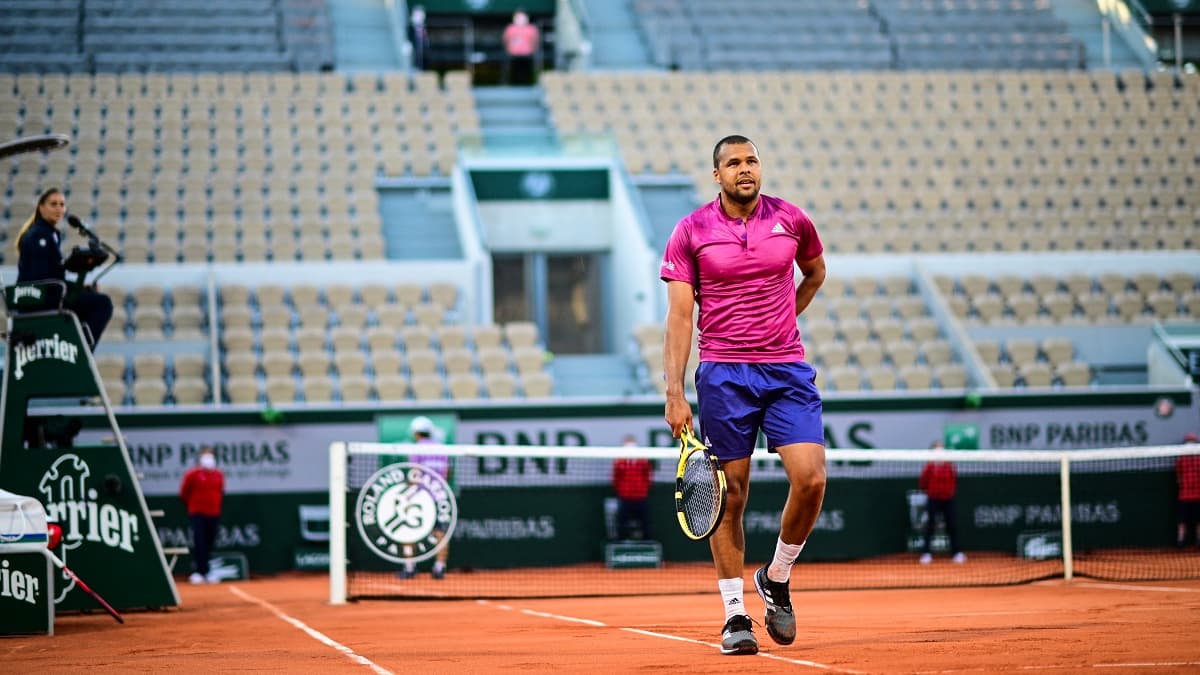 Jo-Wilfried Tsonga (75th worldwide) was released in the 1st round of Roland Garros by Yoshihito Nishioka (60th), on a Suzanne-Lenglen court emptied in the middle of a match. The French may have said goodbye to the tournament.

It was not the end that hoped for it. No doubt he would have preferred to fall, arms in hand, to the applause of a Suzanne-Lenglen entirely committed to his cause, but it is in deafening silence that Jo-Wilfried Tsonga certainly lost the last match of his career at Roland-Garros. Le Manceau had already been led two ends to nothing by the Japanese Nishioka when the spectators present were invited to leave the scene, due to the curfew.

Not the exit he deserved

But they couldn’t go and say goodbye, so they shouted all their love for Jo-Wilfried Tsonga. “Come on Jo, do it for us, we love you”, launched spectators, tearing a huge smile from the French player, who in turn sent them a “I love you”. “These guys are crazy, they are crazy the French”, he joked then, before engaging the first in the third round. The exchange will also be translated to Nishioka who will have fun in turn.

Alone in the face of his current limitations, Tsonga gave everything to regret nothing. The winning of the third set made him hope for a happy outcome, and he came close to offering himself a fifth set, but Nishioka’s game science, and his too many unforced errors (73 against 21 for his opponent) finally got the better of his will. Defeated in four sets (6-4, 6-2, 3-6, 7-6), Jo-Wilfried Tsonga was not entitled to the exit he deserved, for his entire career, while ‘it was probably his last match at Roland Garros.