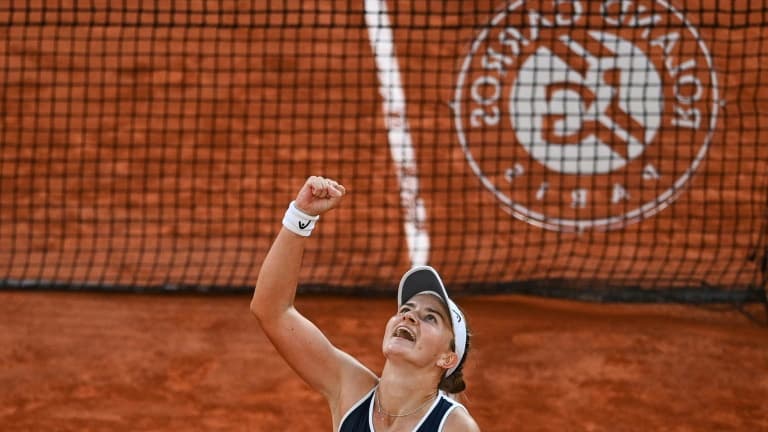 New Roland-Garros broadcaster since this year, Amazon Prime Video recorded more than one million spectators on its platform for the tournament. Encouraging figures, which would have motivated him to position himself in Ligue 1.

It was the year of renewal for the television broadcast of Roland-Garros. Since the start of the fortnight, some of the matches, especially those in the night session, were only accessible online, on Amazon Prime Video. An end to “all free” for the French Grand Slam, which has all the same increased its TV rights by 25%, but has caused a lot of talk in recent days. When taking stock of the tournament, this Sunday, the organizers were delighted with the good audiences achieved by the platform, with “more than a million unique visitors”.

“The indications show that we had a very good start, which is certainly not unrelated to what happened next in football, as the quality of the experience was there,” Amélie said. Oudéa-Castéra, general manager of the French Tennis Federation at a press conference. But Amazon’s success did not prevent France Télévisions from having audience records during the tournament. ” The semi-final between Novak Djokovic and Rafael Nadal notably allowed France 3 to record a peak of 4.4 million viewers.

Despite these increased TV rights, the tournament still experienced a logical drop in turnover, garnering 180 million euros against 265 million usually. In these revenues, the media represent 55% of the total, a marked increase over previous years. Conversely, the number of spectators (only 100,000 spectators were able to go to the Porte d’Auteuil this year) reduces the share of hospitality and ticketing to only 10%.

Amazon has offered itself 80% of Ligue 1 and Ligue 2

On the strength of this successful trial with tennis, Amazon Prime Video also got its hands on 80% of Ligue 1 and Ligue 2 on Friday. The digital giant was delighted to “mark the start of a new era for Ligue 1 with matches distributed for the first time in France on a video streaming service”. Alex Green, general manager of Amazon in charge of Prime Video Sport Europe, said he was “encouraged by the reception that the broadcast of Roland-Garros has received from our subscribers.”

As for Roland-Garros, Amazon had obtained in 2019 the batch including the night sessions for the years 2021, 2022 and 2023. The experience of viewers should therefore be more or less the same next year, even if critics deploring the scarcity of free sport on television has poured in in recent days. At a press conference, Daniil Medvedev also deplored the drop in the tournament’s cash prize, asking “where” Amazon’s money had gone.