Roland-Garros: Nadal drops a set before smashing Schwartzman and goes to the semi-final 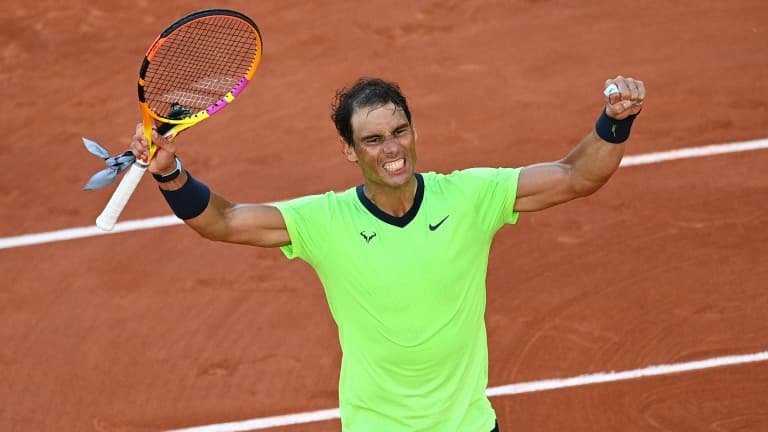 Insurmountable, Rafael Nadal qualified for the semi-finals at Roland Garros by dismissing Diego Schwartzman (6-3, 4-6, 6-4, 6-0). Pushed by the Argentinian, Nadal dropped a set before accelerating to reach the last four of the competition. He could face Novak Djokovic.

Rafael Nadal is still so impressive. On the Philippe-Chatrier court this Wednesday, the Spaniard qualified for his fourteenth semi-final at Roland Garros, dropping his first set of the Parisian fortnight against Diego Schwartzman (10th), beaten 6-3, 4 -6, 6-4, 6-0 this Wednesday.

First jostled by the Argentinian, Nadal let slip a set while he was on a series of 36 innings won. This is the first time in two years that the Majoriquin has lost a set at Roland Garros. But ‘Rafa’ then accelerated in the third set to pass Diego Schwartzman. Nadal then closed the match with a recital in the last set, inflicting a bubble on his opponent of the day.

105 victories in 107 matches at Roland Garros

By defeating Diego Schwartzman, Rafael Nadal has once again shown that pushing him is not enough. The Spaniard established his supremacy at Roland-Garros and signed his 105th victory at Roland-Garros, in 107 games played on Ile-de-France.

Absolutely impressive statistics. Only Robin Soderling and Novak Djokovic managed to beat the Spaniard on clay. In 2009, the Swede had dismissed Nadal in the round of 16 in four sets (6-2, 6-7, 6-4, 7-6). It took six years to see Novak Djokovic repeat this feat in 2015.

On a mission to win a 14th coronation on Parisian clay, synonymous with the 21st record trophy in the Grand Slam, Rafael Nadal will face for a place in the final the winner of the last quarter-final between Novak Djokovic (n ° 1) and Matteo Berrettini (9th ), scheduled from 8:00 p.m. The other semi-final will oppose the Greek Stefanos Tsitsipas (5th) and the German Alexander Zverev (6th).