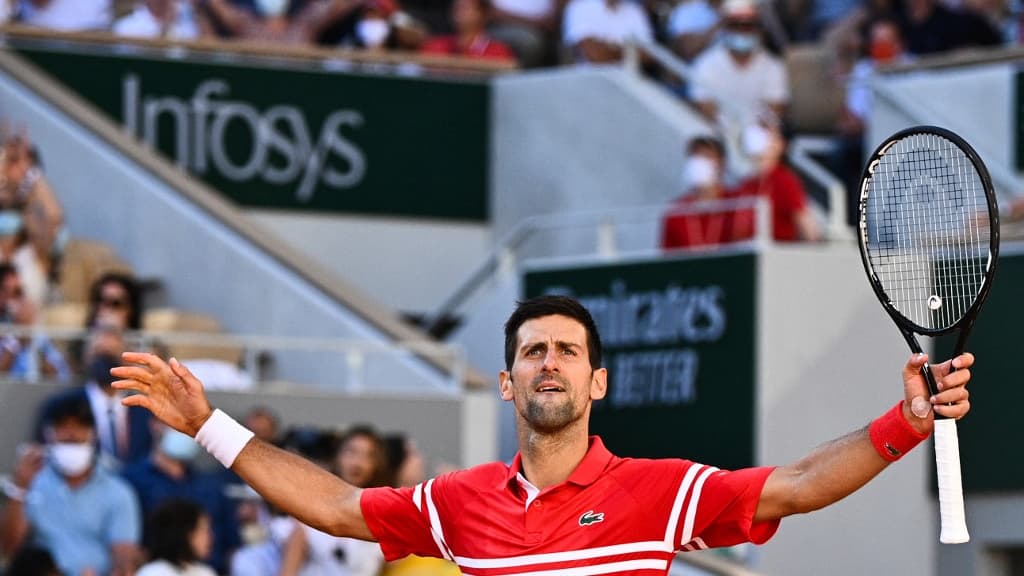 Author of a breathtaking comeback, when he was led two sets to nothing, Novak Djokovic defeated Stefanos Tsitsipas (6-7 [6], 2-6, 6-3, 6-2, 6-4) to win Roland-Garros for the second time, this Sunday. Pushed to his limits by his young opponent, the world No. 1 has been able to draw on his exceptional mental reserves to cement his legend.

A perfect start for Tsitsipas

On the Philippe-Chatrier court, Tsitsipas was playing his very first Grand Slam final, at age 22. For two hours, it was not seen at all: with exemplary serenity, the world No. 5 seemed impervious to pressure, before cracking. Metronome and powerful, especially in his forehand diagonals, he imposed his game and dictated the tempo, making few mistakes, facing a Djokovic who seemed taken aback but also physically borrowed.

The fault of his semifinal anthology against Rafael Nadal, ended late Friday? It’s possible. The Serbian got off to a good start in this final, relying on a seemingly infallible service. He even signed the first break of the game, at 5-5, and everyone expected the service game to conclude the first set to be a formality. Not at all: Djokovic experienced a critical slump, giving up his commitment and then the first round (7-6 [6]), despite a set point, after 68 crazy minutes.

A saving break for Djokovic

The second set was then one-sided: in confidence, Tsitsipas broke from the start then was almost perfect, winning all the rallies to win widely, 6-2. Faced with another player, the case could have been folded for the Greek. But Djokovic has more resources than anyone else. Taking advantage of the break between sets, he went to change in the locker room and showed a new face along with a new outfit, red, in the third set.

More energetic and inspired in his strikes, he again found the fault on the service of the world No. 5, after a Homeric game, eleven minutes long, after five break points. The Greek defense was heroic, but nothing helped: relaunched, the Serbian won the set (6-3), before breaking from entering the fourth and finally winning.

There had not been a fifth set in the final on the Chatrier since 2004 and the comeback of Gaston Gaudio against Guillermo Coria: the Parisian public was therefore, logically, in heaven and committed to the cause of Tsitsipas. They were quickly disappointed: if there were several high-end points in this final round, they all turned to the advantage of Djokovic, who ended up disgusting his opponent to win (6-4). The new generation’s takeover will still have to wait.

With this 19th Grand Slam title, Djokovic is approaching a length of the absolute record for major titles, co-held by Roger Federer and Rafael Nadal. He could well join them in the Pantheon in July, if he manages to win Wimbledon. Already, one statistic distinguishes him from his two contemporary giants: with this second coronation at Roland Garros (after 2016), he joins Rod Laver and Roy Emerson as the only players to have won each Grand title at least twice. Slam.