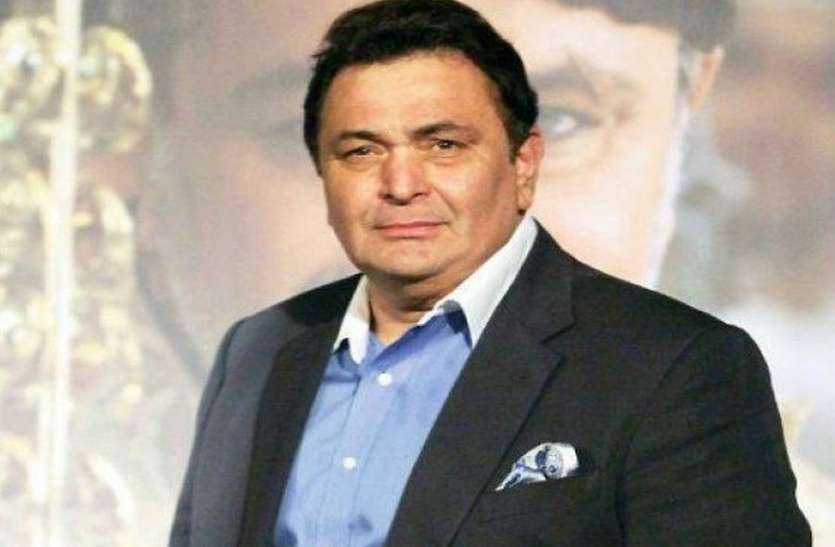 Nandkishore Saraswat / Jodhpur. Actor Rishi Kapoor ‘Chintu’, who left an indelible mark of his acting on crores of hearts, lived in Umaid Bhawan Palace, Jodhpur for about a month for shooting the film ‘Shuddh Desi Romance’ directed by Manish Sharma under the banner of Yash Raj Films about seven years ago.

The film was shot at various locations including the building near Fifth Road Circle. Rishi Kapoor, who plays Lala Goyal, who is associated with the marriage catering business in the film, also used the Jodhpur Safes in many places in the film due to his love of Jodhpur.

During the shooting, Gyanendra Singh Rathore, a resident of Jodhpur, who was the line producer of the film, told that the shooting of the film started on March 12, 2013, which lasted for about a month.

Many times at the shooting scene, the scenes used to start laughing only during the shoot. Rathore said that Rishi Kapoor loved Jodhpuri Khan Paan and Mogar’s Kachori besides Jodhpuri Safa.

The film featured scenes with actor Sushant Singh, actress Parineeti Chopra alongside Rishi Kapoor. In the film filmed in Jodhpur, a dialogue of Rishi Kapoor, ‘Fear is what stops a man from making animals from man’ also became very popular.