Rennes: Da Silva’s muscular call to order after the defeat, "we are not a big club" 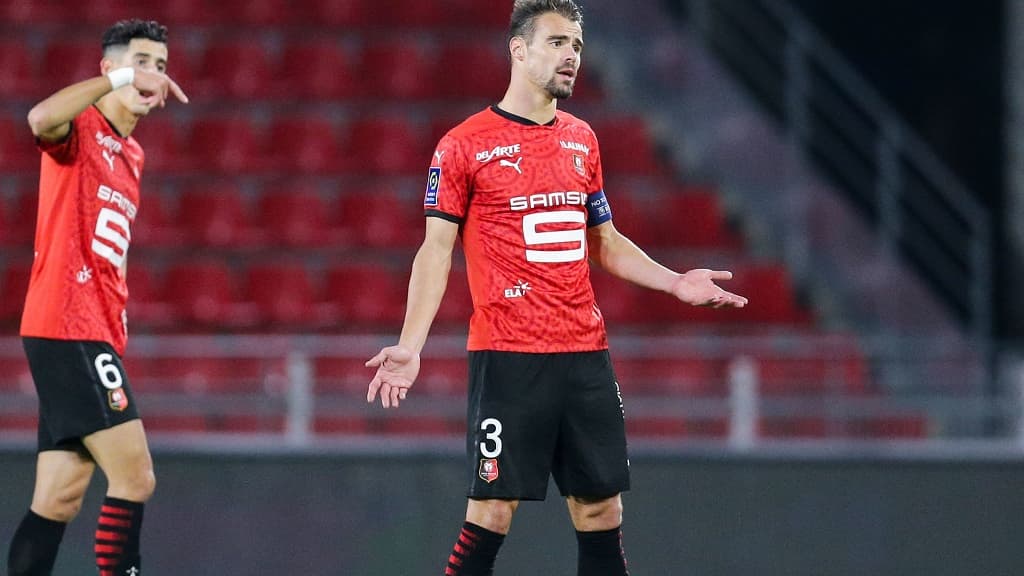 Stade Rennais captain Damien Da Silva and his coach Julien Stéphan had harsh words after the Bretons’ defeat in Saint-Etienne (0-2) on Sunday during the 25th day of Ligue 1.

Wouldn’t Stade Rennais be falling into line? After a long period of euphoria marked by a title (a Coupe de France) and a European campaign in the Champions League, the Breton club stalled and fell in the standings (5th with one match less). The Rouge et Noir have not won since January 17 and remain on two defeats, the last of which, this Sunday, at home against Saint-Etienne (0-2) in Ligue 1.

Already very angry Thursday night after the elimination in the Coupe de France against Angers, Julien Stéphan was even more upset after the meeting against the Greens: “It is certainly the worst performance of the season for us, he said. released at a press conference. With a lot of technical excitement from the start of the match. We failed in all areas of the game. Today, we have stalled, technically, in intensity and aggressiveness. Maybe also a mental stall. It’s a poor performance and a failed game in all areas. It’s been a while since we fell that low. I’m not going to stop on the two goals, c ‘is the general content that is not good. “

The Rennes coach was followed in the press room by his captain, Damien Da Silva. The former Caennais was not kind, either, with his teammates: “At the moment we are not good. What is unacceptable is the behavior. If we do not have the right mentality , if we don’t work more than that on a daily basis, we become a team at the mercy of everyone, an ordinary team. It’s a face we are not proud of. Everyone must look at themselves individually and collectively . And work a lot more than that. We are often like what we do on a daily basis. We have to do a lot more. I have the impression that we are too nice in the field, we lack aggressiveness.”

Would Rennes have seen themselves too good-looking with success? “If there are those who think that, they will not be able to stay at the top level for very long, answers the central defender. Win four matches in Ligue 1 and believe themselves beautiful … If there are players who think that, they will not go very far. We are Stade Rennais, we are a very good Ligue 1 club but not a big club. ” The Rennais will try to stop this negative spiral in Montpellier next Sunday.