The Indian Paper Times
Home Tech Gadgets Redmi 10X will be the world’s first phone running on Dimension 820, will be launched on May 26

Earlier this month news was revealed that it was reported that Redmi, another brand of Xiaomi, is working on its new smartphone which will be launched in the market with the name Redmi 10X. In the past few days, many leaks of this phone have been revealed, in which information related to the specifications of the phone has been found. But now rising above the leaks, the company has officially announced the launch of the phone. Xiaomi Redmi has told that the company will launch its latest device Redmi 10X in the tech market on May 26.

Redmi 10X Redmi has given the information about the launch of its official Weibo account. Posting the teaser image, it is reported that on May 26, the company will launch its new phone Redmi 10X in the Chinese market. Apart from giving the launch date information in the post, the company has also shared the photo of the phone, which has given information about the design of the device. At the same time, the biggest thing is that Redmi has also revealed the chipset given in Redmi 10X. This phone will be launched on MediaTek’s 5G chipset Dynamicity 820.

First of all, let us tell you that no phone of any company has been launched on MediaTek Dimensity 820 chipset yet. In such a situation, Redmi 10X will be the first phone in the world to be launched on this chipset. This latest chipset from MediaTek is 5G enabled. That is, Redmi 10X will also come with 5G connectivity. On the other hand, this chipset also supports a display with a 120 Hz refresh rate. In such a situation, it is expected that a similar display will be given in Redmi 10X. 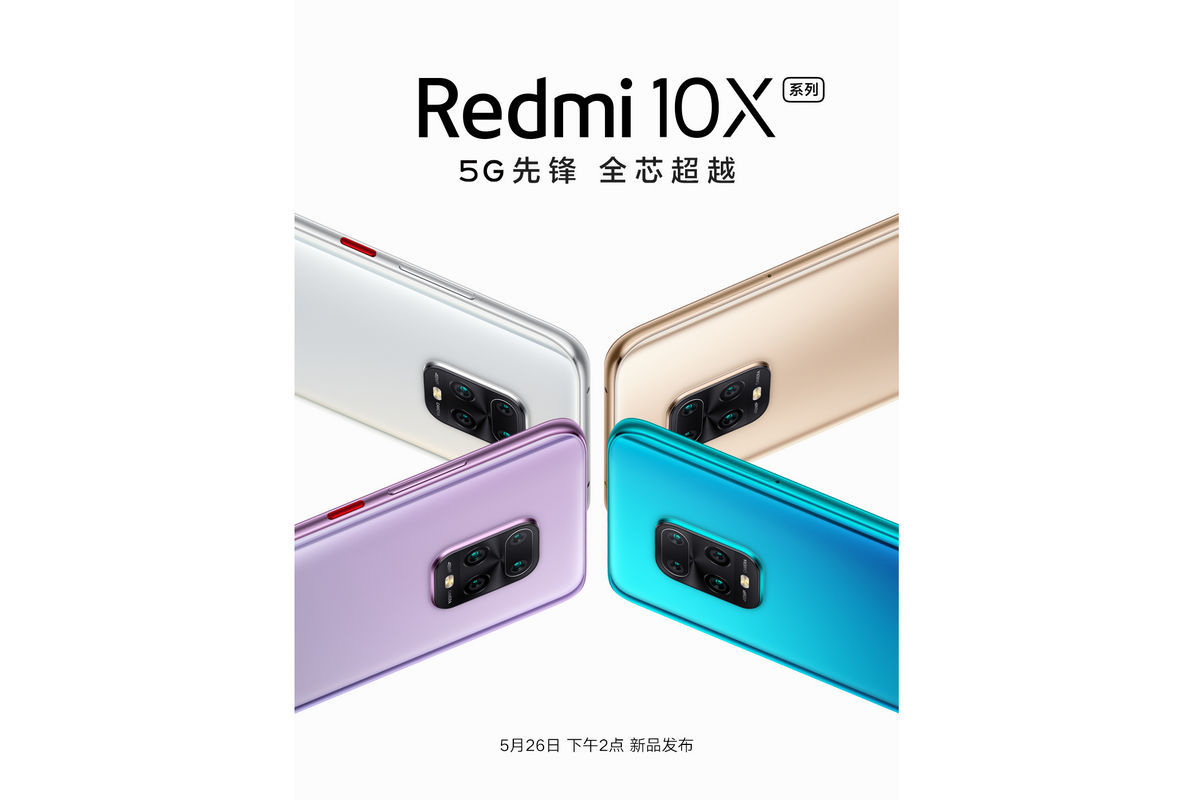 In the teaser image, the Redmi 10X phone is shown on the rear design like Redmi Note 9 Pro. The quad rear camera setup is provided on the back panel of the phone, which is present in the middle of the panel in square shape. It has two camera sensors at the top, two below and then the flash light at the bottom. The side panel of the phone has also appeared in the teaser. There is a power button embedded with fingerprint sensor.

These can be specifications

On Geekbench, this phone is said to be equipped with Android’s latest OS Android 10. In the listing, the talk of giving an octa-core 1.80 GHz clock speed in Redmi 10X has also been revealed. This phone has been said to be equipped with 6 GB RAM memory on Geekbench. Talking about the benchmarking score, while this phone has got 360 score in single-core, Redmi 10X has been given 1287 score in multi-core.

The Redmi 10X is shown on a display with a 2340 x 1080 pixel resolution on the Google Play console. The screen size of the phone is not mentioned here, but it has definitely been revealed that the display of Redmi 10X will be 440DPI. Here too, the phone was shown equipped with MediaTek’s Helio G70 chipset with Android 10. Please tell that in this listing Redmi 10X was shown equipped with 4 GB RAM memory, it can be assumed that this phone will be launched in two variants of 6 GB RAM and 4 GB RAM. At the same time, it was said that Mali G52 GPU will be given for graphics in the phone.