Realme C3 and C2 become expensive, know what is the new price 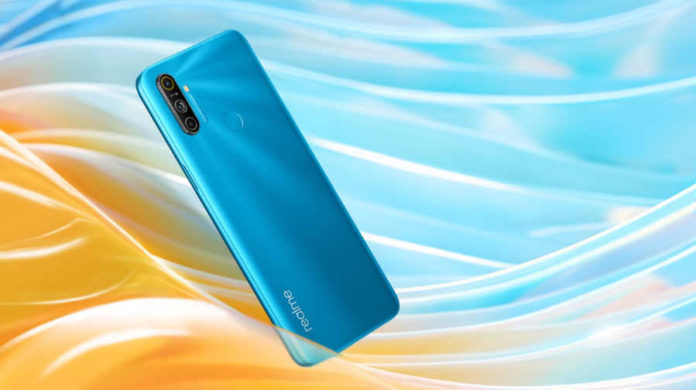 In the Indian market, Realme has increased the price of its popular budget smartphone Realme C2 and C3. Last month too, the price of these phones had increased significantly. At the same time, again this month, the company has made its cheap phones expensive. However, some time ago the company introduced its Narjo series, inside which the Narjo 10 and Narjo 10a were introduced. Apart from this, the company is going to present its first smart TV and watch by organizing 25 events in India. Let’s further inform you about the new price of Realme C3 and C2.

91 Mobiles has received information from its retail sources that the brand has increased the price of both these handsets. At the same time, the company has listed these phones on Flipkart and its official site with a new price. The 2GB RAM and 32GB storage model of Realme C2 was first sold at retail stores for Rs 6,499. At the same time, it will now be sold for Rs 6,999. On the other hand, the 3GB + 32GB variant of the handset, which was earlier priced at Rs 7,499, will now be available for Rs 7,999. Finally, the Realme C3 model with 4GB RAM and 64GB storage will now be available for Rs 8,499, whereas earlier it could be purchased for Rs 8,499.

Realme C3 has a body-to-screen ratio of 89.8 percent and on behalf of the company this phone has been introduced on a 6.5-inch minidrop notch display protected with Corning Gorilla Glass. Reality C3 is an Android 10 based phone that works on Realme UI. For processing, MediaTek’s Helio G70 chipset has been given in this phone with an octa-core processor with 2 GHz clock speed. At the same time, ARM G52 GPU is present in the phone for graphics.

Talking about photography segment, Realme C3 supports dual rear camera, in which 12 megapixel primary and 2 megapixel secondary camera sensor has been provided with flash light. Realme C3 supports 5 megapixel front camera for selfie and video calling. Realme C3 is a dual sim phone that supports 4G VoLTE. For security and unlocking, where only the phone unlock feature has been given in this phone, this device supports 5000 mAh battery for power backup.

See also  Good watch of the upcoming Actuality, digital camera and music management can be out there with 14 sports activities modes

Realme C2 has a 6.1-inch HD + screen. The company has introduced it with Waterdrop Notch. The aspect ratio of the phone is 19: 9. This phone works on Android 9 Pie which is based on ColorOS 6.0. At the same time, this phone has MediaTek’s Helio P22 chipset for processing.

Talking about photography segment, Realme C2 has been introduced with dual rear camera. The 13-megapixel primary and 2-megapixel secondary camera sensor has been provided on the back panel of the phone. Similarly, a 5 megapixel front camera is available in this phone for selfie. For power backup, this phone has a large battery of 4,000 mAh. Talking about connectivity, this phone supports WiFi and Bluetooth with 4G. Although it does not have a fingerprint scanner but can use Face Unlock. Micro USB 2.0 has been given in the phone for data and charging.

new DelhiRealme C20 is listed by an online retailer in Vietnam with price and specifications. Photos of Reality phones coming...

Flipkart Big Saving Days Has started For Flipkart Plus members, this sale has been started from 12 pm. During this...

Realme RealPublic Sale: up to Rs 7,000 discount on these products from smartphones to TV

Realme Q2 can be launched in India soon, it has 6GB RAM and 128GB inbuilt storage

new DelhiRealme Q2 smartphone can be launched in India soon. However, Realme has not yet shared any information related to... These are the most expensive Gadgets launched in India in 2020, from 15 lakh TVs to 3 lakh laptops are included in the list

Despite the challenges faced in the market due to Kovid-19 this year, many expensive gadgets have made their place in...