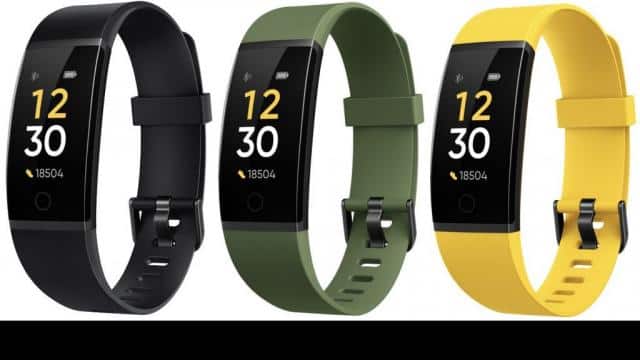 The Chinese Realme company launched the Realme band earlier this year. This fitness tracker band had seen a lack of some software-based features since the beginning, which the company has overcome with the help of updates.

The updated Weather Info released for the fitness band will provide features like Find My Phone. After the update, you will also get a better user interface, optimized heart rate sensor, and data sync speed in Realme Band.

Realme Band has a 0.96-inch color display with capacitive buttons. In this display, calls, notifications, messages, reminders, as well as notifications of third-party apps, are available.

In the band, you get 5 watch faces. The company keeps bringing new face designs from time to time to make the band attractive.

The heart rate sensor given in the Realme band measures the user’s pulse. After removing the watch band, you will see a charging connector in it. It can be charged from USB Type-A port. The band takes 2 hours to charge.

The company claims that once full charge, this band battery can be used continuously for 10 days. In such a situation, you have to charge it only three times a month.

Another special thing of this band of Realme is that it comes with an IP68 rating which protects it from water and dust to a great extent.

The joy of Perfecting the Sexy Selfie

Some individuals are elevating little sourdough bread youngsters. I'm studying pictures. Studying is studying. In a memorable episode of “30...

Fb is shopping for Giphy, and which means the way you ship and obtain GIFs on the web might change...