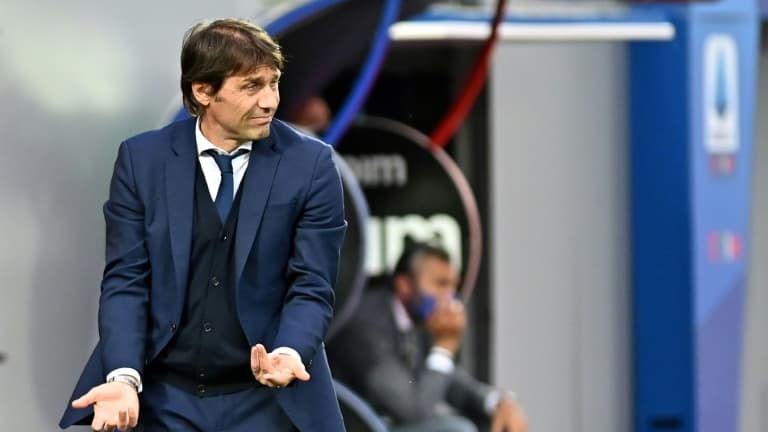 After the departure of Zinedine Zidane on Thursday, Real Madrid are actively looking for his successor. Antonio Conte, who has just left Inter Milan, is one of the leads. According to our information, discussions have taken place between the two parties.

Hardly left that already, behind the scenes, we are active to find a replacement for Zinedine Zidane. The French technician has just left, this Thursday, the club merengue after a blank season and a situation that has become unlivable with all the questions about his future. Now the White House is trying to find a successor for him. And this one could be Antonio Conte.

After Inter, Conte ready to bounce back at Real?

He too was quick to announce his departure from Inter. Just crowned in Serie A with the Milan club, the former Chelsea coach, in conflict with the management of the Nerazzurri, has decided to take the loose. In a statement released Wednesday, Inter confirms a “termination” of its contract, after agreement between the two parties. Unofficially, according to the Italian press, this departure is in particular due to the austerity policy desired by the owners of the club, hit hard by the economic crisis linked to the coronavirus.

In two years spent in Milan, Conte will have led his team to the Europa League final (3-2 defeat against Sevilla) and won the club’s first Scudetto in eleven years. Enough to make him a serious contender to take over the reins of Real Madrid. In any case, he is part of the short list of favorites to his succession. Because according to our information, discussions have taken place between the Madrid management and the entourage of the Italian coach.

Conte is not the only contender, however. Raul is the favorite if an internal solution is preferred, while the name of Massimiliano Allegri was announced for a time, although he always seems closer to joining Juventus, according to Italian media. In recent hours, the Spanish press also evokes the name of Mauricio Pochettino, the coach of PSG.