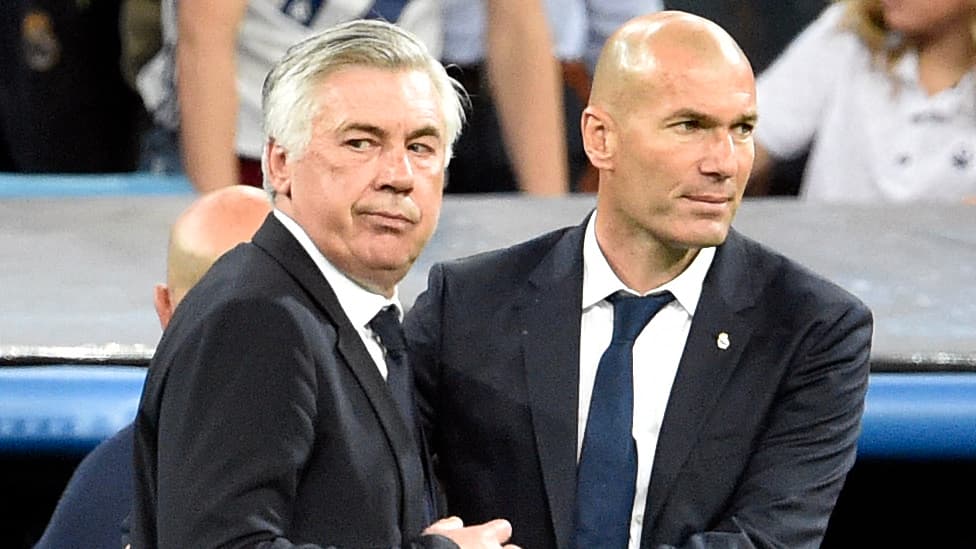 Officially presented to the press on Wednesday, as the new coach of Real Madrid, Carlo Ancelotti paid tribute to the work done before him by Zinedine Zidane.

He had nothing but good things to say about her, nothing but praise. For his first press conference as the new coach of Real Madrid, this Wednesday, Carlo Ancelotti paid a fine tribute to his predecessor and to his work accomplished in recent years.

“I don’t know what to say about Zizou … he won three Champions Leagues (2016, 2017 and 2018). He did a fantastic job and he did it until the end, until the last day here. . He left, he came back. He did it very well. I think everyone has to thank Zidane. He had a fantastic success. The rest is football. One coach comes, another part , what he did is incredible “, underlined the Italian manager (61 years old), chosen by the leaders of Madrid to succeed Zidane, his former assistant on the bench of Real (2013-2014).

“Zidane is a friend”

“I didn’t speak with him, everything was very fast. But I will definitely speak to him. In recent years, we have exchanged a few messages. Zidane is a friend,” continued Ancelotti.

After a short experience at Everton, Ancelotti finds a club that he had already coached for two years (2013-2015) and that he had guided in 2014 to his tenth Champions League, the long-awaited “Decima”. He had left a very good image among the supporters and within the Merengue locker room, managing to pacify a workforce divided under the José Mourinho era. This time, he will have to rebuild a team which remains on a second place in La Liga behind Atlético and an elimination in the semi-final of the Champions League, against the future winner Chelsea.

“Thank you to Real Madrid, he confided in a press conference. I thank the president (Florentino Pérez) and the board of directors. I am very happy to come back, I feel that this is my home. put all my energy into reproducing what happened in the past. I know what it means to train Madrid. I will do my maximum, with great happiness, energy and responsibility. It is the biggest club and the most prestigious. It’s normal to have more responsibilities and I accept it, as I have done in the past and to the maximum. The game will have to be offensive and spectacular, that’s what history asks and the fans of this club. “