Real: "I have my opinion but I will not give it to you", launches Zidane on the Super League 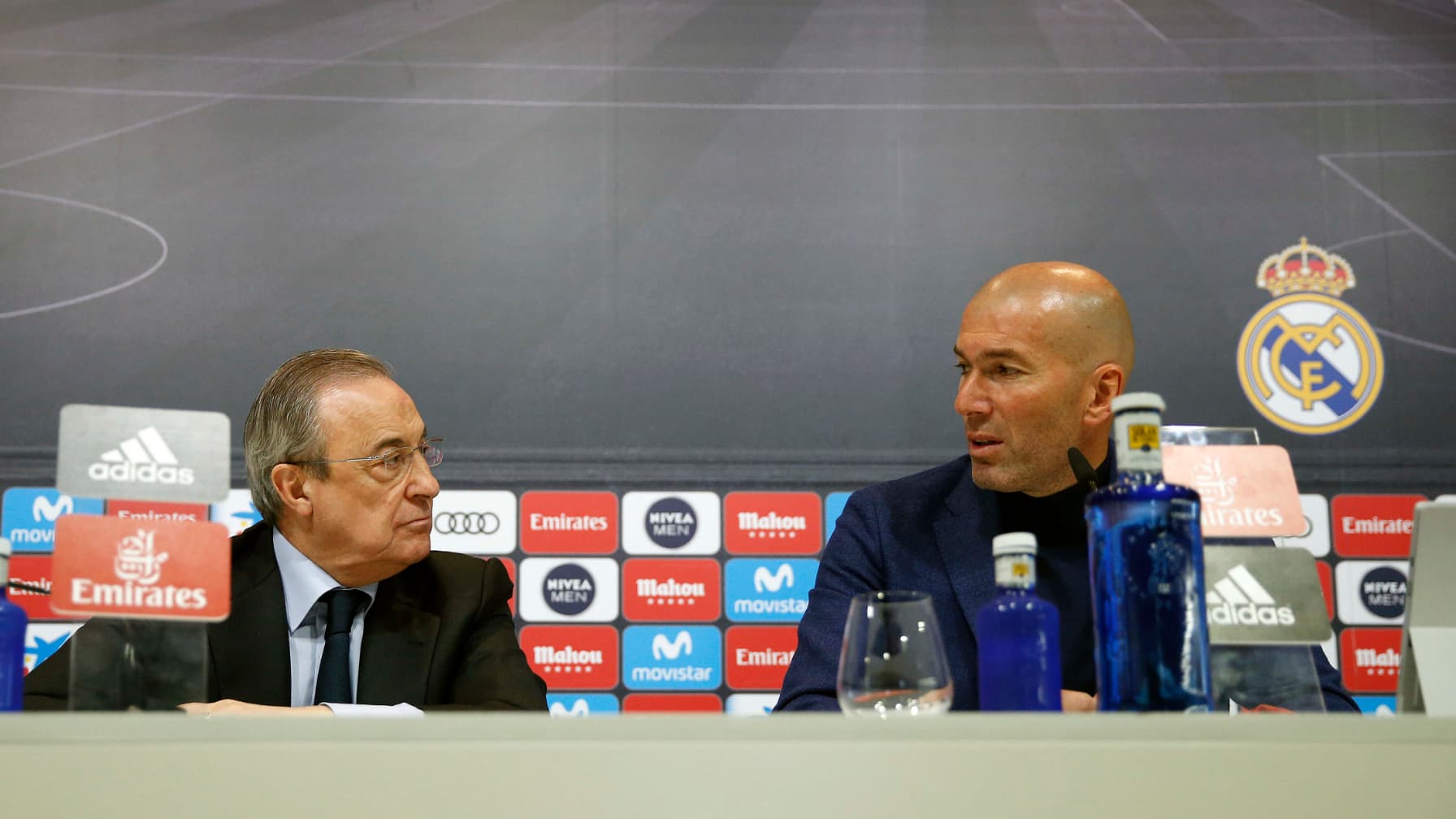 Zinédine Zidane did not wish to react to the creation of the Super League and the role of Florentino Perez. During his visit to the press, the Real Madrid coach insisted that his priority remained the field and the rest of La Liga.

The day after Florentino Perez’s highly publicized appearance on El Chiringuito, Zinédine Zidane appeared in front of the press on Tuesday before Real Madrid’s match in Cadiz on the 31st day of La Liga. Still in the running for a championship-Champions League double, the technician did not wish to speak about the new Super League joined by the club Merengue and eleven other top names in European football.

“I will be direct in my answer. The question concerns only one person, President Perez. I am here to speak about the match, launched the former playmaker of the France team in front of the journalists. It is good to ask the question, everyone will have their opinion. But I’m not here to talk about that. I’m here to talk about tomorrow’s match. La Liga, the Champions League … The rest is not my job. “

>> All the info on the Super League is live RMC Sport

Relaunched several times by the Spanish media, eager for a response from him about the Super League of which Florentino Perez is also the first president, “Zizou” has kicked in touch again. By fully assuming his neutrality because, according to him, it is not his role to comment on such a decision.

“I have my opinion, but I’m not going to give it to you,” the Madrid coach repeated once again. “I know that you (the journalists) are going to say that Zidane never gets wet, but it’s the truth. My job, that’s what I do. It’s Wednesday’s game. The rest I can say, comment, but it’s not useful. Me, it’s Cadiz. “

No Real Madrid player has publicly spoken to support or criticize the Super League. Conversely, some Premier League stars directly concerned have given their opinion.

If Liverpool coach Jürgen Klopp regretted not having been consulted, his midfielder James Milner was even clearer and hopes that the new competition will not see the light of day. Zinédine Zidane, he preferred not to pull in the legs of his president whom he has known for nearly twenty years. As a reminder, Real Madrid must face Chelsea on April 27 (on RMC Sport), in the semi-finals of the Champions League.

>> The Champions League is to be followed on RMC Sport