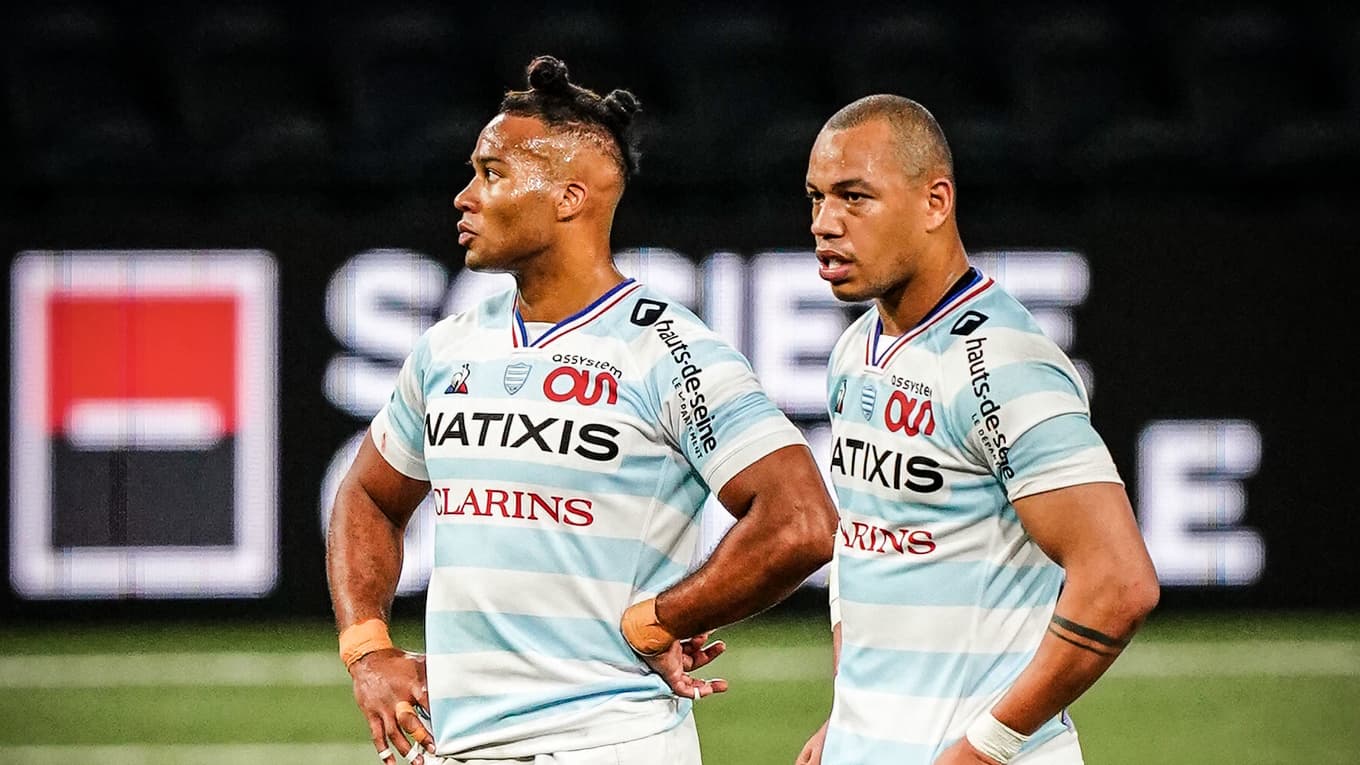 Teddy Thomas does not hide his pleasure to evolve now alongside Gaël Fickou, his best friend, who pushes him to work on a daily basis at Racing 92. The international winger, who enjoys these fiery back lines, finally intends to win a title. For RMC Sport, he confides before the semi-final against La Rochelle on Friday evening (8:45 p.m.) in Lille.

Teddy Thomas, Racing has often been placed but won only one title, in 2016. Do you feel a lot of waiting before this semi-final against La Rochelle?

Yes of course. It is normal that there is a lot of expectation when we see the richness of our workforce. Unfortunately, we did not often respond, with only one Brennus. We played European Cup finals (three), but without a trophy at the end, it does not help much. We feel pressure on our shoulders but positive pressure. We have players used to these high level matches.

I don’t know if we can claim that. Of course, on paper, we really have a very complete team, with the arrival of Gaël (Fickou) during the season and that of Kurtley (Beale) last year. I could cite many others. It’s sure that makes you dream. Even for me, it’s a dream to play next to such great players. It is enriching and extraordinary. It’s normal that everyone can say that we have to go to the end (laughter). It is limit a duty. But it is better that than the other way around. We can only say that we are Galactics if there is a title. If not, we will only say that we had a great team but that we did not win anything. Only the titles remain. At the moment, we are a lambda team.

You must enjoy this offensive rugby …

Yes, we manage to find each other easily. Communication between us is fluid. We all speak the same language. We spend super pleasant weeks with this group. We enjoy. We rely heavily on our attack, with individualities at the service of the collective. We want to speed up our game, but we are fortunate to also have a bunch of very efficient forwards who know how to get us back on track when behind us are a bit lackluster. And we also know that it is not necessarily the most beautiful rugby that makes it possible to win the semi-finals or the finals. It is not the whimsical rugby of Racing, which people would like to see, which will win this match against La Rochelle. It will be played first on the fight.

You mentioned Gaël Fickou, your best friend, what does he bring you?

A lot of rigor. He knows that I need someone’s support to put me to work at times when I find that I don’t necessarily need it. It’s good for Racing, for Gaël and me. This complicity, during the week at the club and in our private lives, is a huge chance to be able to share this with your best friend.

How does it work on a daily basis?

He pushes me a lot. It’s quite contradictory, because I’m older than him (note: Thomas is six months older). It is quite painful. (Laughter) But his maturity on the job is more important than mine. I listen, I learn alongside him, as he does, I think, on completely different points. I like to work alongside him, I like to be challenged and that he pushes me. There is only positive.

Would you almost be a bit old couple already?

(Laughter) Everyone knows our relationship. Now, we no longer just say Gaël or Teddy, but Gaël and Teddy. Frankly, it’s cool that people accepted it. It’s not easy to see a guy arrive in the middle of the season in the group. It’s hard to be accepted. And knowing that there is his best mate, that we are like asses and shirts off the field, that can take up space. But I think the group is happy with this place we are taking. As long as on the field, we will do what is necessary, everything will be good for us.

How much did Fickou’s arrival influence the choice to extend your contract?

She was very, very important of course. I would be lying if I said otherwise. We had the chance to evolve together in the France team but it’s completely different to play with him all year round. Of course, it weighed in the balance. I knew that with this reinforcement, my working method would change.

Do you feel more liberated to have settled your future?

It came at a good time in the season before the finals. It is sure that it liberates a little. Every day, people asked me what was going to be my future. It was a bit redundant to respond whenever they knew in due time. Things lasted, but it was also fun to fight this little battle between some clubs and me. (Smile) In the end, I’m very happy with my choice, even more so with the arrival of Gaël and the workforce we have. It is a privilege and an honor to continue this adventure with Racing.

Did you hesitate a lot?

Not necessarily in relation to the demands, but above all I hesitated in relation to myself. What I really wanted to do. I have been here for seven years. I asked myself a lot of questions about the desire to put myself in danger and make a new start. I was old enough to do it. But, after careful consideration, the best choice was to stay. Racing gave me the chance to be able to express my will to stay, they listened and they agreed.

In truth, I do not even consider myself champion that year, after a white season having played only two games. I’ve been here for seven years and still don’t have a title. I am really motivated to get as much as possible. But there are two games left, and it will be very, very hard against La Rochelle.

Who will be the favorite in this game on Friday?

(Smile) La Rochelle. They are vice-champions of Europe. Not us.