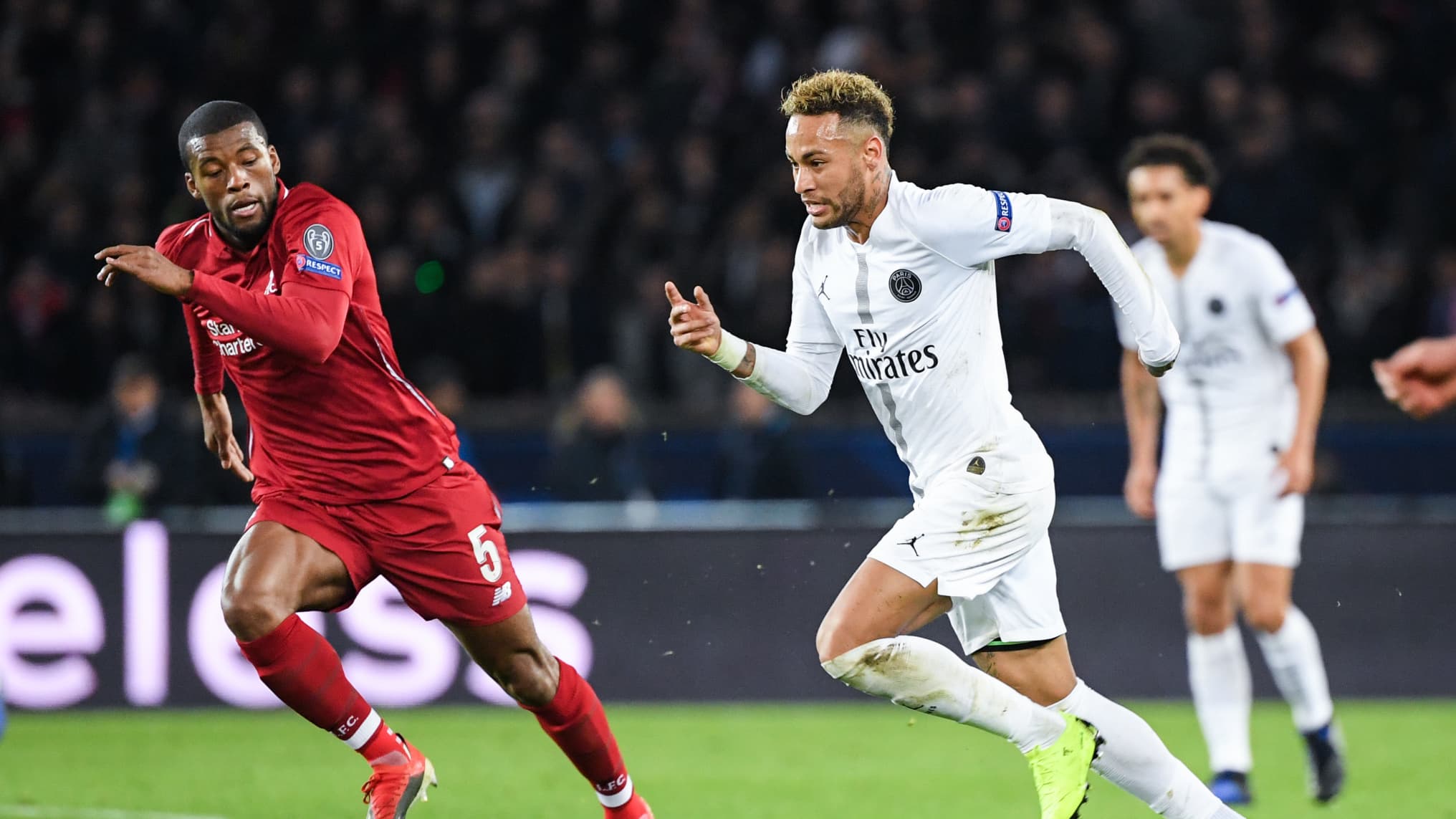 In an interview with RMC Sport on Thursday, Georginio Wijnaldum recalls the double confrontation with Liverpool against Paris Saint-Germain in the Champions League in 2018. Two matches in which the new PSG player was impressed by Kylian Mbappé, that he wants to see stay at the club, and by Neymar.

Georginio Wijnaldum has been a Paris Saint-Germain player for just a few weeks, but the Dutchman only arrived in the capital on Wednesday after several weeks of vacation. And if he has not yet been able to rub shoulders with his future teammates in the Parisian workforce in training, Wijnaldum has already faced them in the past with his former club Liverpool.

In an interview with RMC Sport on Thursday, the Netherlands midfielder gave his impressions of his partners, starting with Neymar. If everyone knows the qualities of the Brazilian genius dribbler, it is necessary to be on the lawn, in front of him, to really measure the force of destabilization.

“We were all trying to stop him but it was impossible”

This was the case for Wijnaldum during the double confrontation between Liverpool and PSG in the Champions League in 2018. In the first leg at Anfield, which the Reds had won (3-2), Neymar had impressed Wijnaldum.

“I remember Neymar had the ball on the left side in the first half and dribbled five of our players. We were all trying to stop him but it was impossible. I already knew how good he was but at this At that point, I really saw his qualities, how fast he is, how difficult it is to defend against him, “said the Dutch midfielder.

Discreet in the first leg, Neymar scored during the return and allowed PSG to win (2-1). At Anfield, the Brazilian is not the only one to have caught the eye of Wijnaldum. Kylian Mbappé, whom the new PSG midfielder has already faced five times in his career (twice with Liverpool and three times with the Netherlands in the selection), also receives praise from Wijnaldum.

Mbappé? “Everyone wants him to stay, starting with me”

“I had been very impressed by Neymar but also by the other players. Mbappé is also an excellent player, who has not proven that against us. He has shown it to everyone in European competitions and matches. international, “said the Dutchman, who ensures that the presence of the French striker was decisive in his choice of club.

“Everyone wants him to stay, starting with me because he is one of the reasons that made me come to PSG, to play with players like him. I was already very happy to see that Neymar had extended. But I’ve also been in that position and most of the time you follow your feeling. I just hope his goes to PSG because the club are doing their best to make this team the best in the world ” , explains Wijnaldum, who does not forget the other PSG players: “They also have good midfielders, good defenders. The whole team is quality and I am excited and eager to train with them, and even more after I was told what kind of band it was. “

Under contract with PSG until 2024, Wijnaldum will most certainly be one of the key elements of Mauricio Pochettino’s workforce from next season and could form a formidable midfielder alongside Marco Verratti. But before seeing him wear the PSG tunic, we will have to wait, since Wijnaldum will resume training in the coming days.