PSG: Neymar’s message after his injury 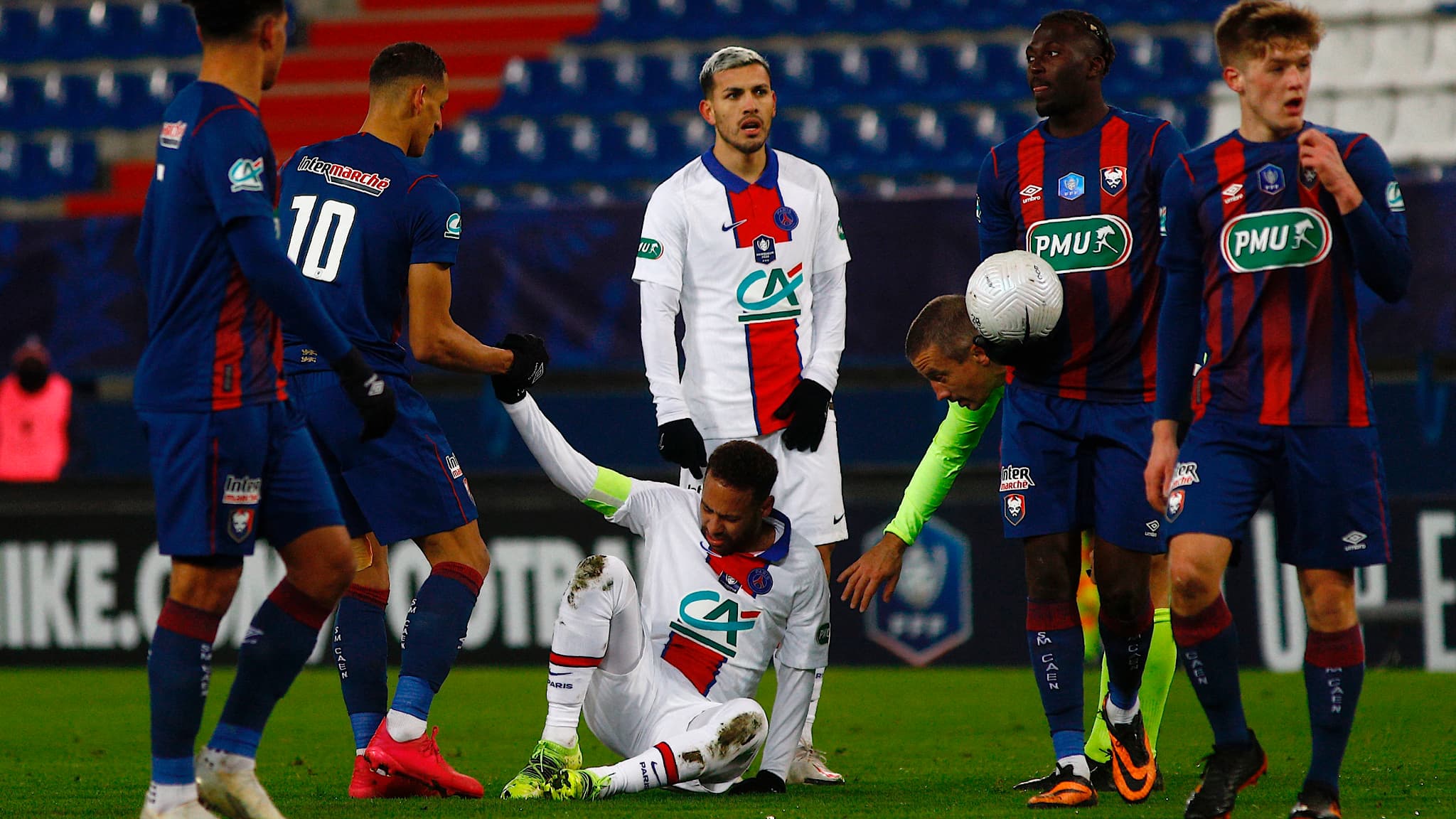 Neymar published a message on social networks a few hours after his exit from injury during the 32nd final of the Coupe de France between Caen and PSG (0-1). The concern is put before the shock against Barça in the Champions League.

Neymar has made a habit of posting many messages on social media lately until late at night. But the one broadcast on Twitter Wednesday evening has nothing to do with the BBB 21 (Big Brother Brasil 21) reality TV show, of which he is a very frequent viewer. This time, the PSG striker gives his fate to God after his exit from injury in the 32nd final of the Coupe de France between Caen and PSG (0-1) on Wednesday.

Decisive passer on the goal of Moise Kean (49th), the Brazilian was replaced ten minutes later. He left the field grimacing and holding the adductor before heading straight for the locker room. He was also seen limping when leaving the Michel-d’Ornano stadium. Concern hangs over the player and PSG with less than a week of the knockout stages of the Champions League on the ground of FC Barcelona (February 16, 9 p.m., live on RMC Sport). “Honor and glory to God in all these moments,” Neymar wrote on his Twitter account, praying for a recovery before reunion with his former club.

At the end of the meeting Wednesday, Mauricio Pochettino, Parisian coach confirmed the alert around his star. “Neymar came out injured, hit in the adductor, said the Argentine technician at a press conference. Tomorrow (this Thursday, editor’s note), the medical staff will examine him to know the diagnosis. We hope that it is not much, but we have to wait. “

Highly visible on the Norman field, Neymar had no reason to be preserved for this meeting, according to Pochettino who assures that he has no regrets about having aligned him. “He was in condition to play, he recalled. These are things that happen.” The club is now suspended on the medical verdict of a player who has already missed two knockout stages of the Champions League since his arrival, due to injuries. This was the case in 2018 against Real Madrid, then in 2019 against Manchester United. Last season he played and was decisive against Borussia Dortmund at this stage of the competition.