PSG-Manchester City: the beautiful tifo of the Parisian ultras at the Parc des Princes 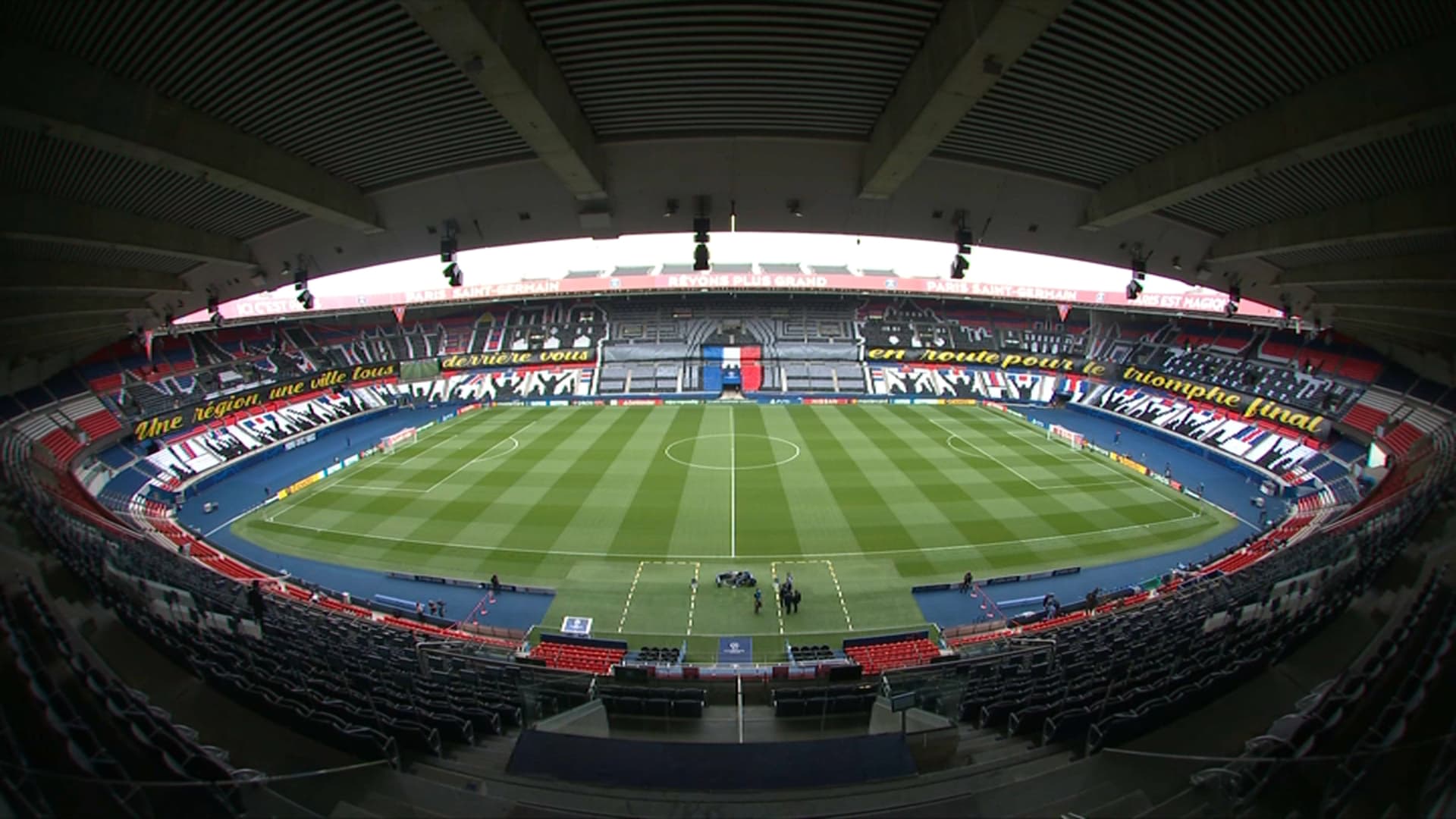 The Ultras Paris Collective has prepared a giant tifo at the Parc des Princes, featuring the supporters and monuments of the capital, for the semi-final first leg of the Champions League between PSG and Manchester City this Wednesday (9 p.m., exclusively on RMC Sport 1).

The Parisian ultras have seen even bigger things for the last European match of the season at the Parc des Princes. A big tifo was deployed in the stands of the stadium on Wednesday for the semi-final first leg of the Champions League between Paris Saint-Germain and Manchester City (exclusively on RMC Sport 1). The capital club unveiled it a few hours before kickoff, scheduled for 9 p.m.

The work of the members of the Collective Ultras Paris covers the Auteuil, Boulogne and Paris stands. The seats are decorated with a fresco, representing Parisian monuments and supporters. In the middle, facing the main camera of the stadium, the Arc de Triomphe dominates with the tricolor.

The fresco is also divided in two by a message: “One region, one city, all behind you. On the way to the final triumph.”

Banners around the stadium

The Ultras Paris Collective also increased the pressure with banners displayed all around the stadium: “The red and blue people united to rule over Europe”; “To win for us”; “To win for Paris”; “Shine for the City of Light”; “Rip out everything, go to the end”.

An appeal had also been launched two days before this meeting. The supporters were encouraged to “show” their support by “proudly displaying” the club’s colors on a daily basis: “Flags of the city of Paris at the windows, PSG shirts on the shoulders, PSG scarves on the scoreboards, all the ideas are good to represent our club of heart. Let us proudly wear the colors of the club of the capital. Let us dress the City of Light in red and blue “.

Finally, the CUP has reminded supporters that it was necessary to respect the sanitary restrictions “to find the way to the stands as quickly as possible”.