PSG-Lille: the very big blow of Losc in the title race, Paris disappoints before Bayern 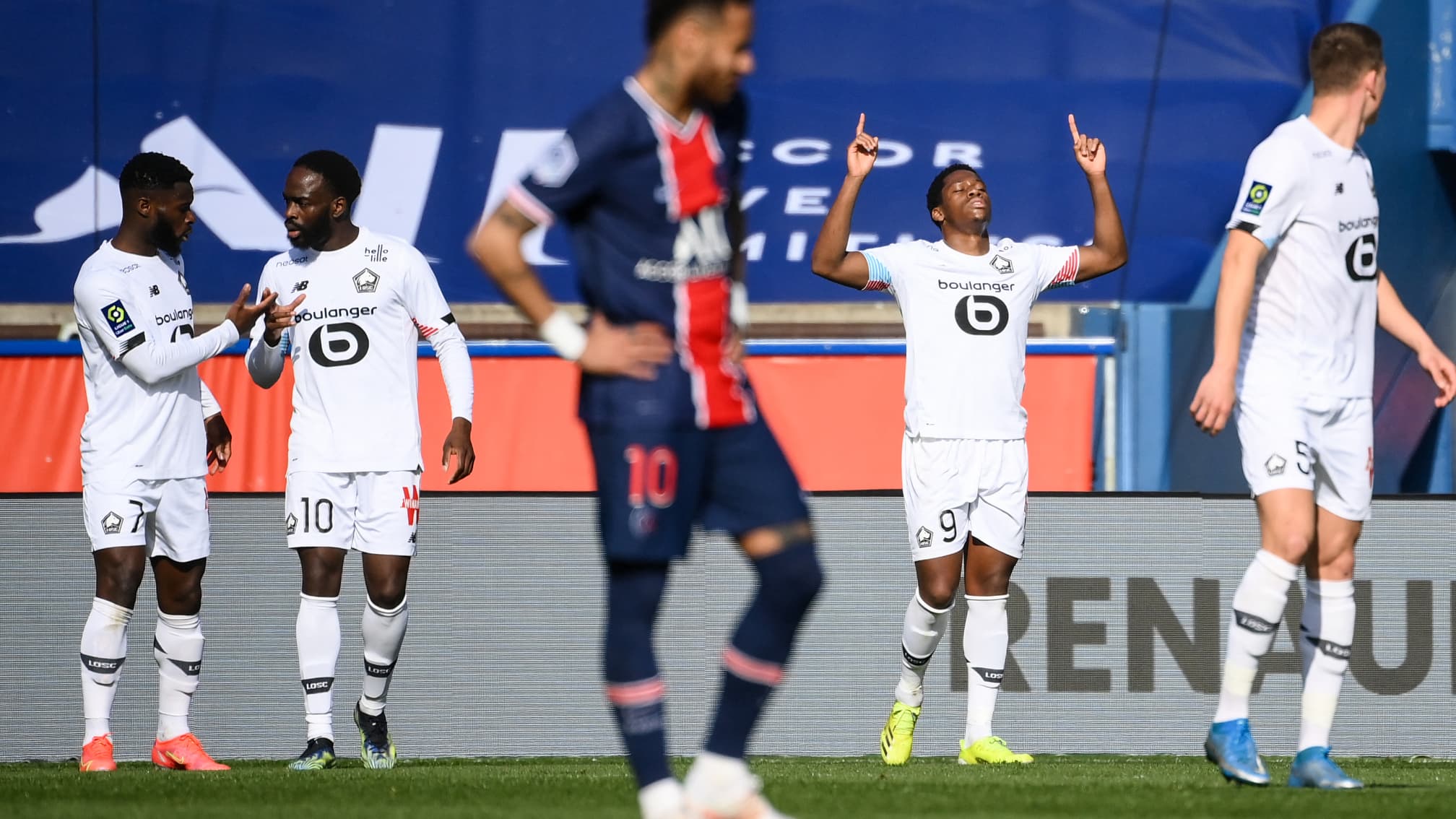 With its victory this Saturday at the Parc des Princes (1-0), thanks to a goal from Jonathan David, Lille returns to PSG at the top of Ligue 1. Reduced to ten at the end of the match with the exclusion of Neymar, the Parisians disappointed before their Champions League quarter-final.

Christophe Galtier will no longer be able to hide. By winning this Saturday at the Parc des Princes (1-0), on the occasion of the 31st day of Ligue 1, Lille has just managed a very big blow in the race for the title. The Mastiffs are now three points ahead of PSG at the top of the standings, four over AS Monaco, and six over Lyon, opposed in the evening to RC Lens (9 p.m.). Of course, the final sprint has only just started and the order of the top quartet could be completely different at the finish. But for the Parisians, this setback at home, the fourth since the arrival of Mauricio Pochettino, is a hell of a disappointment. And a stop four days from challenging Bayern Munich in the quarter-final first leg of the Champions League (exclusively on RMC Sport). On a complicated day, they also saw Neymar lose his temper and be sent off in the dying minutes.

In this summit of the championship, Lille set the tone for entry. By being dominated but perfectly organized. The pair formed by Benjamin André and Boubakary Soumaré, supported by Renato Sanches, immediately took over the Parisian environment. Deprived of Danilo Pereira (affected in the calf) and Marco Verratti (positive for the coronavirus), Mauricio Pochettino had chosen to align with the recovery Leandro Paredes and Idrissa Gueye, who had been so good in Lyon (4-2) before the international break . Both were short of solutions to the more efficient and disciplined Mastiffs. Imprecise on the restart, almost unable to recover a ball without making a mistake, they found themselves warned at the end of the first quarter of an hour: Paredes for a charge on Benjamin André, Gueye for an ugly sole on Jonathan David. The Senegalese could have directly been sent back to the locker room for this dangerous gesture, which forced David to leave in the 35th minute of play, his right ankle affected.

Neymar sees red for his return

The Canadian still had time to fulfill his mission. A quarter of an hour before giving way to Timothy Weah, it was he who opened the scoring of a right missile slightly countered by Abdou Diallo upon receiving a cross from Jonathan Ikoné (20th). His tenth goal this season. Opposite, Kylian Mbappé (15th) and Moise Kean (27th) stumbled in turn on Mike Maignan. Above all, the Parisian game has remained too readable. For lack of speed and creativity. By too limited a contribution from the side (Abdou Diallo on the left, Thilo Kehrer on the right). Back to the wall, Pochettino tried to review his offensive animation by shifting Kean to the right and installing Mbappé as number nine, Angel Di Maria and Neymar being responsible for alternating between the axis and the left lane. Without success.

Highly anticipated, the quartet was largely disappointed: Mbappé passed away after an interesting first quarter of an hour, Kean had too little offensive influence and Di Maria experienced extremely significant technical waste. Neymar was the most dangerous. With a heavy strike from the right returned by Maignan (61st) and a header off target (69th). But he also appeared very tense. He first received a yellow card for a gesture of humor on André (48th). Before receiving a second, synonymous with exclusion, for pushing Tiago Djalo (90th), also excluded for anti-gambling. The people of Lille have not deviated from their line of conduct: first, defend well and operate mainly in counter-attack. A formula that pays off against a PSG running out of ideas despite the many changes made by Pochettino in the second half. The suspense could even have vanished ten minutes from time without a beautiful parade from Keylor Navas in front of Burak Yilmaz (79th). Not enough to spoil the beautiful Lille afternoon.