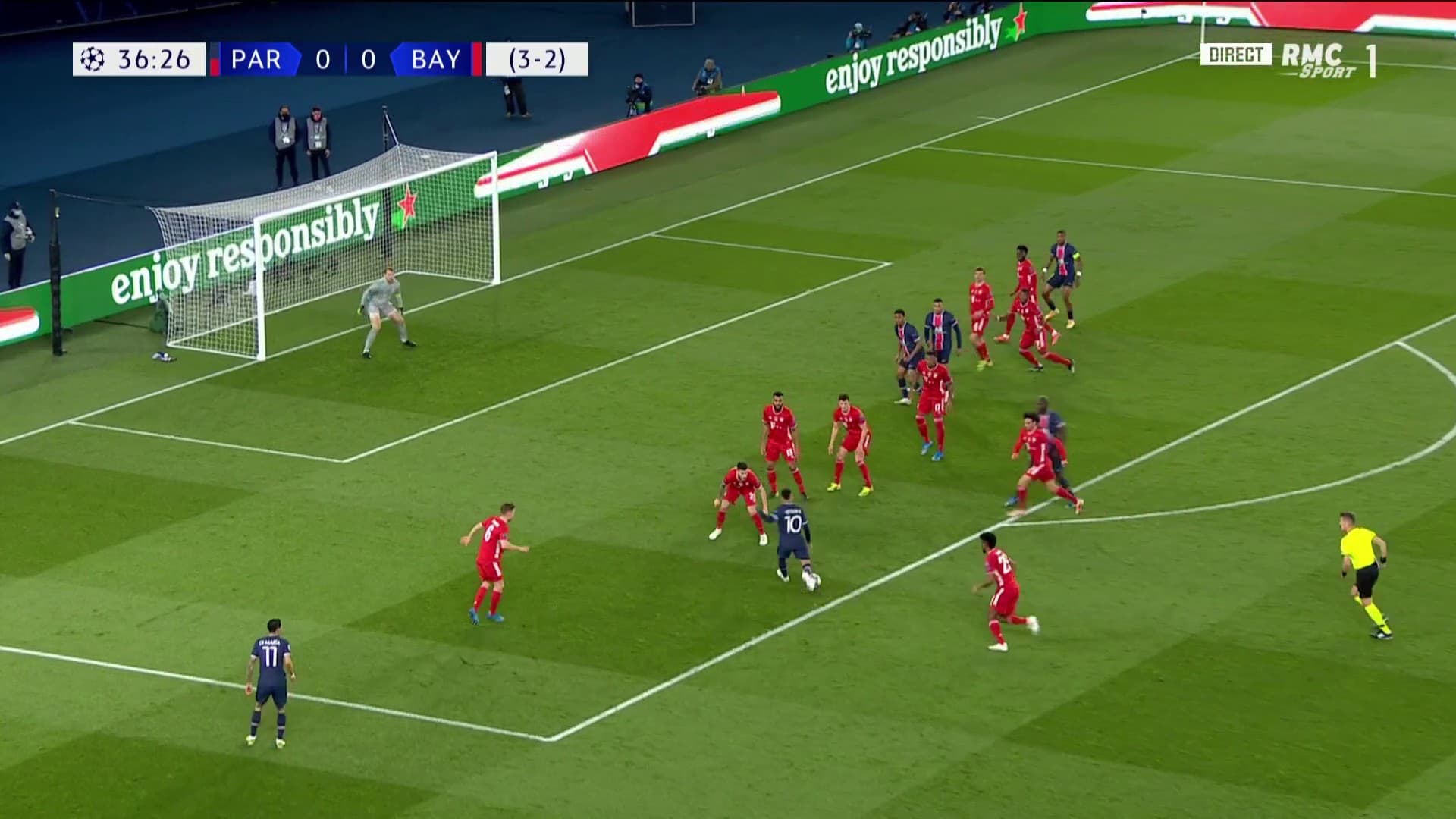 Neymar, the Brazilian star of PSG, created four clear chances at the end of the first period of the quarter-final return against Bayern (to be watched live on RMC Sport 1). In the space of five minutes, Neymar notably found the post twice and once the crossbar, just before PSG conceded the opener.

Parisian supporters clearly remember Neymar’s performance against Atalanta last summer in Final 8 (2-1). A solid match, obvious omnipresence, but incredible bad luck in the last gesture. Against Bayern, in the quarter-final second leg of the C1 against Bayern Munich (to be watched live on RMC Sport 1), the Brazilian experienced the same match in the first period.

After having obtained a huge opportunity, well taken out by Manuel Neuer (28th), Neymar touched wood. The German goalkeeper first repelled a strike from the Brazilian on his post (34th). Before the Parisian number 10 found the crossbar on a magnificent rolled shot (37th).

Less than two minutes later, Neymar was perfectly served in space by Kylian Mbappé. The Brazilian, in the middle of the area and hampered by the returns of Jérôme Boateng and Alphonso Davies, once again finds the post of Neuer (39th). Forty seconds later, the feeling fell and PSG conceded a goal from Eric Maxim Choupo-Moting (40th).

PSG, over the whole of the two matches, remains qualified for the semi-finals at the break. But will have to be wary of Bayern Munich, which regained color at the end of the first half, during the second half. Neymar and his teammates will have to be more efficient if they do not want to regret the many missed opportunities in those first 45 minutes.