PSG: a return of Verratti hoped for a possible final of the Coupe de France 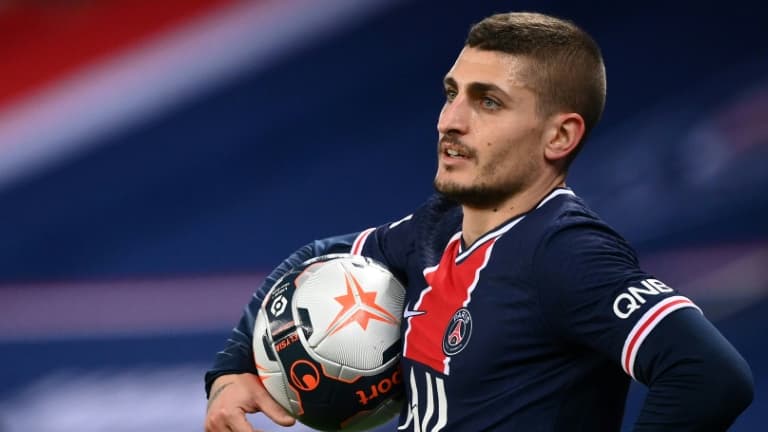 Hit in the right knee and forfeit the trip of PSG Sunday to Rennes, at the end of the 36th day of Ligue 1, Marco Verratti could return for the final of the Coupe de France, if there is a final for the Parisians.

He will not be on the Parisian trip to Brittany on Sunday. Touched in the right knee, Marco Verratti will not be able to hold his place against Stade Rennais (9pm), at the end of the 36th day of Ligue 1. As indicated by PSG in a press release, the Italian midfielder (28 years) is suffering of a “right knee contusion with distension of the internal lateral ligament”, due to a blow received in training. This is a grade 1 lesion and a new stitch will be done in 48 hours.

Paris hopes to recover it for a possible final of the Coupe de France. It will take place on Wednesday, May 19 at the Stade de France. To play it, Mauricio Pochettino’s players will have to overcome Montpellier, in four days, at La Mosson. Asked about Verratti’s injury this Saturday at a press conference, Mauricio Pochettino was not verbose. “We are optimistic, we hope that it will not be too serious”, simply indicated the Argentinian technician.

Against Rennes, he will also be deprived of Kylian Mbappé, suspended and who treats a contracture in the calf. Juan Bernat, him, continues his protocol of recovery. After Lille’s victory on Friday in Lens (3-0), the Parisians are obliged to win to return to a point of first place.