Priyanshu Painyuli on working with Chris Hemsworth: Felt like I was meeting another friend Priyanshu Painyuli, who played the main antagonist Aamir Asif in Netflix film Extraction, is quite kicked about all the good reviews and fan love coming his way.

During a recent Facebook LIVE from the Indian Express page, Priyanshu got candid about his first international project Extraction.

Here are excerpts from the interaction:

What made you pick a negative role in Extraction?

This was an opportunity which I would have taken even if it was any role because I wanted to be a part of such a big international film. You feel validated by doing something like this. You feel people can trust you. Also, the idea was to play a bad guy, not as a bad guy. I think any bad guy in his head thinks another bad guy. So I just believed in what I was doing. In fact, Aamir Asif believes in a lot of life lessons which he kind of teaches Farhad, the young kid.

Any fan moment you had on the sets of Extraction?

I thought I am gonna have a fan moment meeting Chris (Hemsworth). Attacking a big fan of Thor and the Marvel films. But he is so grounded, so cool. You just feel like you are meeting another friend. I think my fan moment was more about meeting the team. I was working with the Russo brothers who have done Avengers. Our DOP had won the Golden Globe. So I got a little starstruck there that I am with a team who has done Matrix, Mad Max, Bohemian Rhapsody, Avengers and stuff. Just being part of that team was overwhelming. 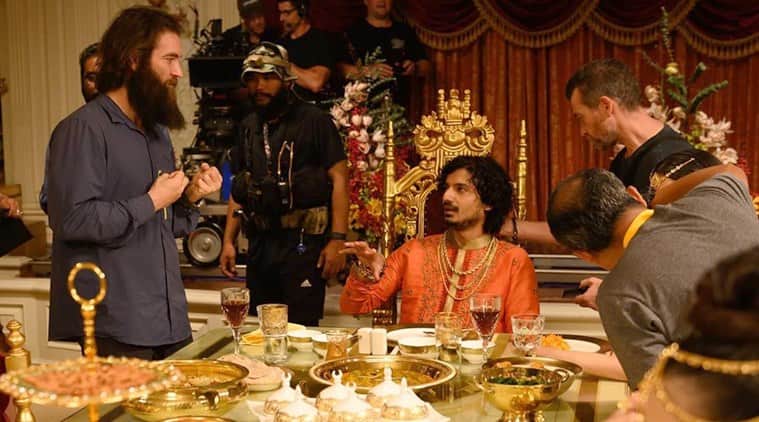 How tough was it to learn Bengali?

Quite tough! Never had I thought I would speak Bengali. But thanks to my theater background, I have done some 120 shows around the world in different languages. So for me, picking up languages ​​is fun. Despite that, it was the most challenging shoot. When you speak in your comfort language, you can improvise if you forget your line. You can do a wordplay, but here I guess know Bangla, and I have to stick to my words. Also you compared lie to a camera. People will see in my eyes if I was trying to remember my lines. So I had to be very thorough with understanding each word.

What has been your biggest learning from working on Extraction?

Discipline is very much required in any profession. And when you work with a big production house, they make sure that every moment, every minute, every money is spent very wisely.

Abhishek Banerjee said he is proud of giving you your first break and called you one actor to watch out for. Consideration your reaction?

He has been a great friend. As a casting director, I met him when I was very new in Mumbai. Abhishek runs a company called Casting Bay. He had called me for Rock On 2. Its audition process was interesting. I played Shraddha’s (Kapoor) brother Rahul. I just come for four scenes and what I do in the film affects everybody else. It was a great way to enter Bollywood. We had a great casting process. I and Abhishek spoke for two days how we should go about just affecting the audition. Since then, Abhishek and I connected very well.

In both Rock On 2 and Bhavesh Joshi Superhero, your track changed the direction of the story. Do you prefer such characters?

It is not my preference. What I really look for in a script is my character should do something to the story. If it is a part which the editor can edit tomorrow, I think I am very useful. I should be important, even if I am coming for two scenes. So I prefer characters, which are changing the track in the sense, they are going to add something to the story.

How was that argument scene shot in Bhavesh Joshi Superhero?

It was a late-night shoot. Also, I get really energetic during night shoots. We rehearsed it many times. I just tried to get into the mood. I read that Bhavesh is upset, but he is not going to say it despite shouting at Siku (Harshvardhan Kapoor). If you actually reduce my volume in that particular scene, if I are shout, I am actually crying while saying those lines. I am actually emotionally very hurt. But when you are hurt, you try to cover yourself with anger. Carrying human tendency. So I think I was trying to do that.

You think Bhavesh Joshi was one of the most underrated films?

I would say yes. Box office wise, we could have done so much better if people would have seen our film on the big screen. The impact, the feel of the film, the way it was shot and made was for the big screen. But when it came on Netflix, people lauded it more and then it started trending. Even now a lot of youngsters call it a cult film.

Priyanshu Painyuli in a still from Bhavesh Joshi Superhero.

And, what are you doing in the lockdown?

I try to be productive. I am also learning music.

You have said you are very passionate about music. Tell us more.

I used to play the congos and bongos in the school choir. I wanted my full five-piece drum kit but you are keeping a drum at home and make noise. So I picked up jambay and started playing that. Even now, I keep collecting instruments wherever I travel. Now I am more into percussions. I have got some three to five percussion instruments and also flutes, harmonica.

You are into filmmaking too. Do you plan to direct a feature film one day?

I like to make my own short films. Last year, my short film was at a Vienna short film festival. I like to tell stories. And arriving also for me a way to just keep my craft going. I used know how these guys make a feature film. Considering so difficult to direct a film. But I am gonna keep learning and growing as a filmmaker.

Also read: Rajeev Siddhartha: As an actor, you should never judge your characters

Are you excited about Rashmi Rocket?

This was the time when I was supposed to start shooting with Taapsee (Pannu). I think Taapsee is currently one of the finest, versatile actors we have in the industry. This was my first collaboration with RSVP and director Akarsh Khurana. Improving a very good friend. So I was all excited. I was doing my training every day to play an army guy. My look had changed. With my hair, mustache and all, I was looking like an army guy. I’m still excited. Fingers crossed, hopefully, the shoot will begin soon.