Realme may soon launch Realme TV with two new smartphones in the market – Realme X3 Super Zoom and Realme X3. All three upcoming products are seen on the company’s India Support page. Last week, the company’s CEO Madhav Seth also showed a glimpse of the 60x zoom and Stary Mode feature of the Realme X3 SuperZoom from his social media account. Since then, the excitement of reality fans has increased significantly.
Realme X3 Super Zoom, Realme X3 and Realme TV can be seen as an unenhanced device in the drop down menu of Realme India’s support page. These devices are currently visible only in the dropdown menu. There is currently no information about their specifications. Realme has also not commented on the support page listing. 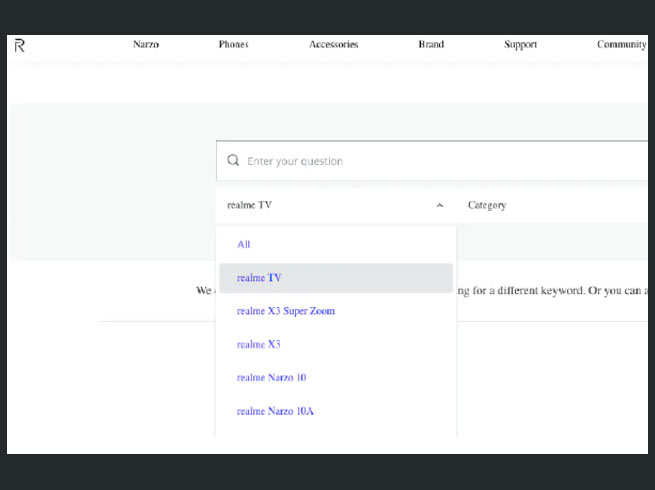 Reality X50m may be Reality X3

According to a report by Phone Arena, Realme X50m launched in China last month. This phone also started appearing on the support page a few days before the launch. However, the company later removed this listing from the page. It can also be considered as a hint that the company can launch the X50m with a new name in India. The company has also launched many rebranded devices earlier.

Recently, the company’s CEO Madhav Seth had told about the camera features of the Reality X3 SuperZoom. Other features of the phone are rumored to include Snapdragon 855+ processor with 6.57 inch Full HD + AMOLED display and 12 GB RAM. It is being told that 4200mAh battery can be given in the phone with fast charging support of 30 watt.

Work going on on Reality TV

Apart from smartphones, Reality TV is also listed on the Reality Support page. The company has been preparing to enter the smart TV market for some time. However, the company has not yet given any information about its first model. The company has already said that its smart TVs will be launched in India first. According to some certification listings, Reality TVs will come in 32 inch and 42 inch sizes.