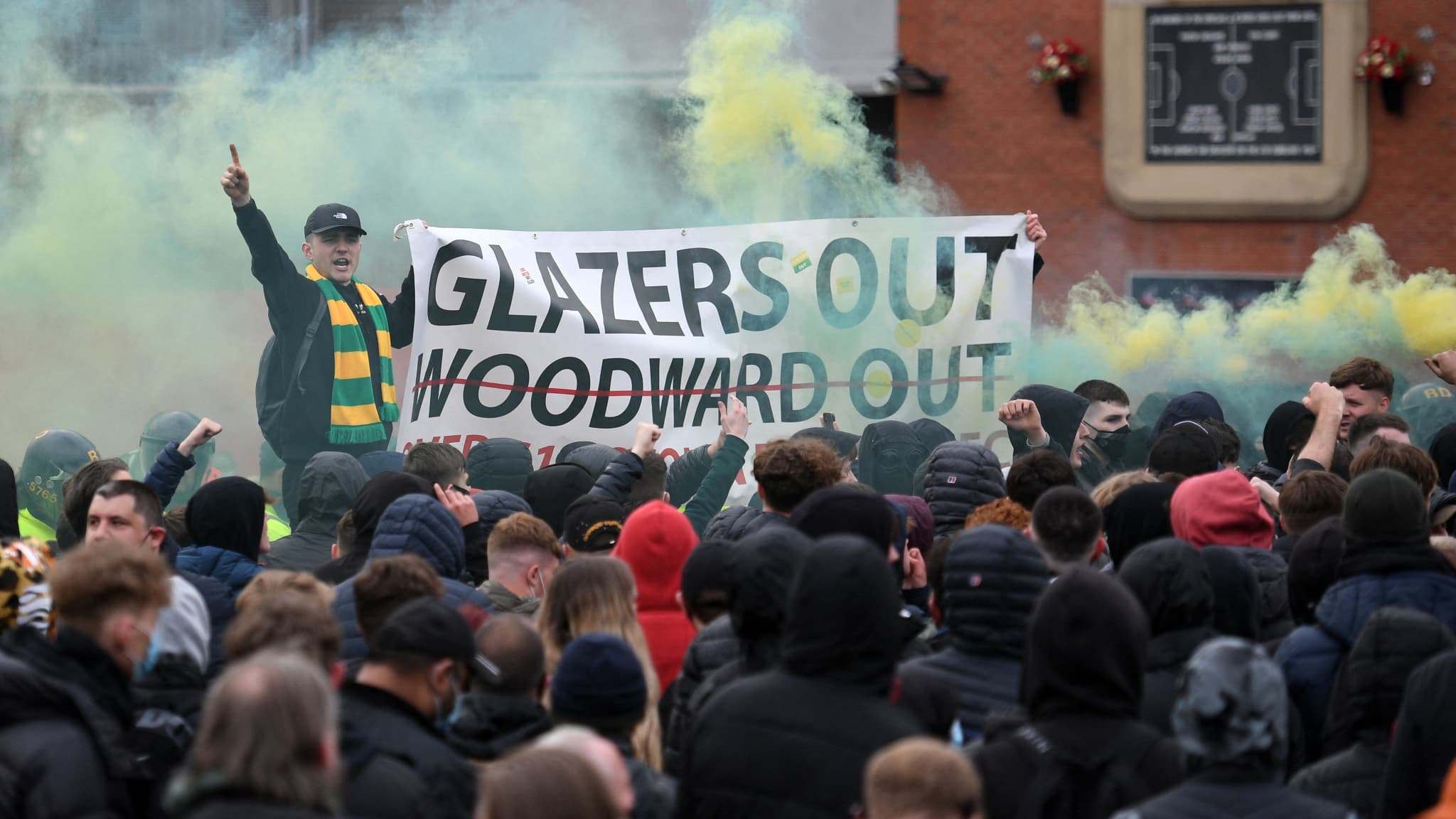 Ten days after the match was postponed due to supporters’ protests, Manchester United receives Liverpool this Thursday evening in the Premier League (9.15 p.m., RMC Sport 1). But the pre-game was once again disrupted by actions from angry fans.

Manchester United-Liverpool, act II. While the “Derby of England” for the account of the 34th day of the Premier League was to be played on May 2, the latter had been postponed after United supporters, angry with the management, the Glazer family and the aborted project of the Super League, have invaded the lawn of Old Trafford.

Eleven days later, a considerable police force was deployed on the outskirts of the Mancunian arena to avoid such a scenario. This did not prevent some excesses before the meeting on Thursday.

>>> Subscribe to RMC Sport and enjoy the Premier League

The Glazers still invited to leave

As noted by English journalists, Manchester supporters this time blocked the Liverpool bus for several minutes on the way to the stadium, until the police intervened. The bus, or more exactly a bus, since the vehicle in question did not ultimately transport the players, who managed to reach Old Trafford without a hitch.

Meanwhile, several dozen other fans have gathered in front of the arena, cracking smoke bombs and demanding, again and again, the departure of the Glazers. Not what to prevent, a priori, the holding of the match.

Second in the championship, Manchester United can lock in its position as runner-up if it wins this Thursday. Liverpool, sixth, must win to get closer to the Top 4 and qualifying places for the Champions League.