Premier League: Liverpool cracks against Leicester after a blunder by Alisson, again 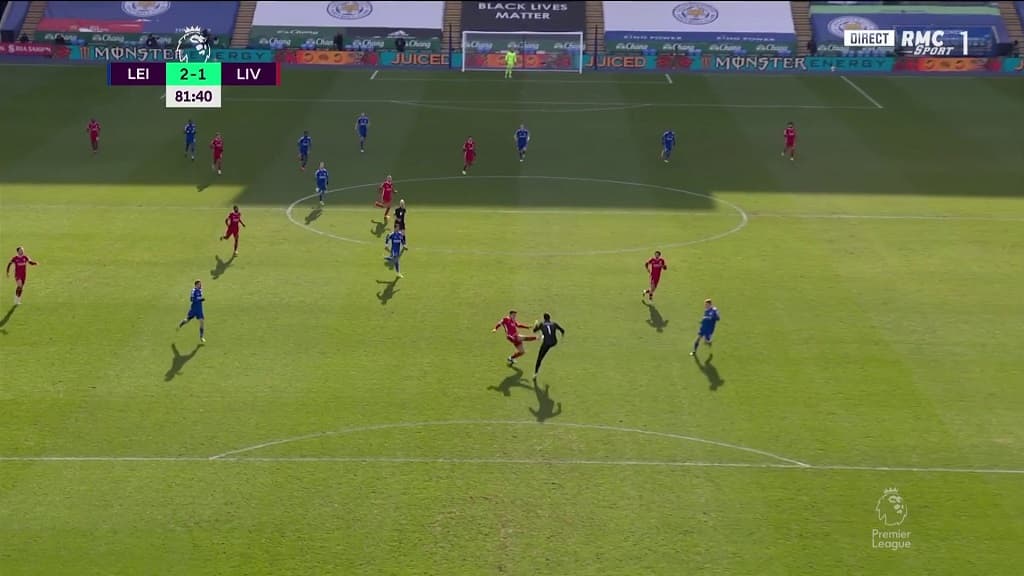 In particular, weighed down by a new huge error from Alisson, Liverpool lost this Saturday against Leicester during the 24th day of the Premier League (3-1). The Reds conceded three goals in the last ten minutes and confirm their current struggles. The title goes away.

They completely collapsed in five minutes. While they led in the score since the 67th minute of play thanks to Mohamed Salah, delightfully served by Roberto Firmino with a roulette wheel in the box, the Reds conceded three goals in the final, offering a stunning victory to Leicester (3- 1), this Saturday, on the 24th day of the Premier League.

Now on a series of three defeats in the league, Liverpool remain stuck in fourth place in the standings, ten points behind leaders Manchester City, who have two games less. The title moves away even further for the teammates of Jordan Henderson, who seem to have lost all solidity. The Foxes, they take advantage of this success to move to second place in front of Manchester United, who will go Sunday to the field of West Bromwich (3 p.m.).

Another incredible mistake from Alisson

Still deprived of many elements, especially in the defensive sector, Jürgen Klopp’s men were weighed down by an incredible disagreement between Ozan Kabak, who arrived this winter from Schalke 04, and Alisson, already in great difficulty last weekend during the rout suffered against Manchester City (1-4). The Turkish defender and the Brazilian goalkeeper got in the way of a long aerial ball. Alisson went way too far from his goals and found a way to crash into Kabak.

Jamie Vardy took the opportunity to quietly push the ball into the net (81st). James Maddison had equalized just before (78th), with the validation of the VAR, and Harvey Barnes was then responsible for pushing the defending English champion (85th). It is the first time that Liverpool have lost three consecutive Premier League games since November 2014. The club were then coached by Brendan Rodgers, now on the bench for Leicester.

This bad series is also something to worry the supporters of the Reds for the Champions League. Their team will travel to Budapest on Tuesday to challenge Leipzig in the round of 16 first leg of the Champions League (on RMC Sport). Will Alisson be the holder? He had already been the author of two big blunders against Manchester City. And while Klopp has come up for his defense this week (“It’s very important to realize that goalkeepers make mistakes in a career, everyone knows how good he is”), the former Roma does no longer worries.

>> The Premier League is to be followed on RMC Sport, click here to subscribe to our offers