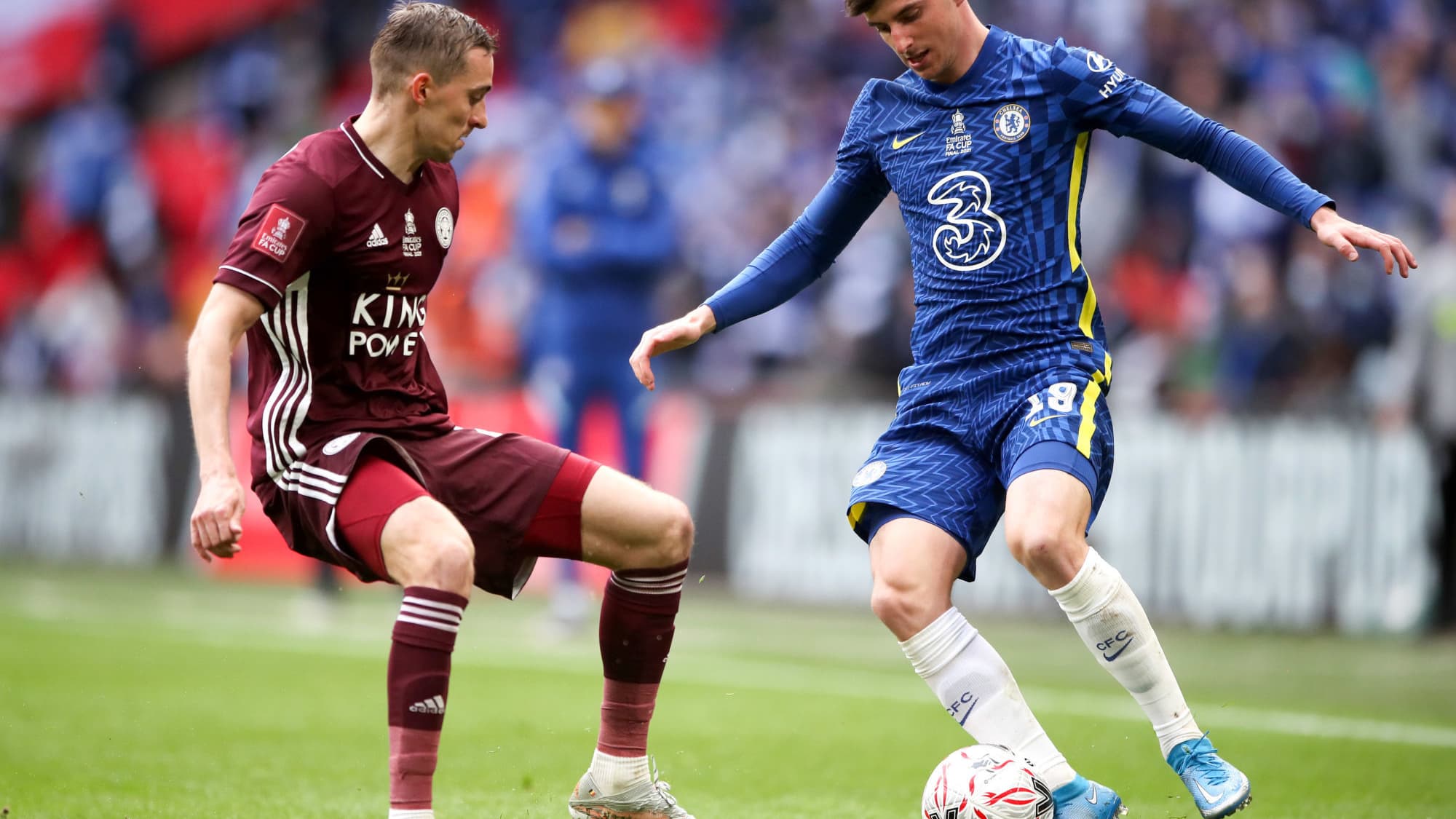 The last day of the Premier League is played this Sunday in a multiplex at 5 p.m. (live on RMC Sport 1). If Manchester City is already sacred, there is still suspense for the allocation of the last European places, and in particular for the Champions League.

Manchester City have been English champions since Matchday 36, but the Premier League is not without its stakes when it comes to tackling the home stretch. If the three relegated are already known, Fulham, West Brom and Sheffield, there remains suspense concerning the European places. The two Manchester clubs are qualified for the Champions League, everything remains to be done for the other tickets.

Three for two places in C1

Chelsea’s victory over Leicester (2-1) this week pushed the Foxes out of the top 4 for the first time since Matchday 16 of the Premier League. With this last multiplex this Sunday (5 p.m., live on RMC Sport 1), a small point now separates the Blues from Leicester. Problem, Liverpool is inserted between the two formations in favor of his victory at Burnley (3-0). The Foxes are more than ever in danger as they host Tottenham, a team also in the race for Europe.

At the same time, Liverpool welcome Crystal Palace and Chelsea move to Aston Villa. The Blues need a victory to play in the next Champions League, unless they win the final of this edition against Manchester City next week. For the Reds, one success might not be enough as Leicester are tied on points and would come back ahead in the event of a large success, which would allow the Foxes to make up their goal difference.

West Ham to the Europa League

This year, the sixth place will also directly qualify for the next Europa League. With three lengths ahead of Tottenham and Everton, the Hammers must finish the job at home against Southampton. In case of defeat, it is Tottenham who would pocket this ticket for the C3 if he wins at Leicester. For Everton, it seems mission impossible against Manchester City, with a delay that seems crippling to fill on the goal difference (+4 against +12 for West Ham).

Who to discover the Conference League?

Finally, the little news from UEFA, the Conference League, should see the presence of a major English club for its first edition. Manchester City having won the League Cup, it is the seventh in the championship that will qualify for the play-offs of this third European Cup. If West Ham keeps its sixth place well, it should be played between Tottenham, Everton and Arsenal.

The Toffees will have a lot to do on the Etihad lawn but a draw could send them to Europe, if Tottenham lose to Leicester and Arsenal do not beat Brighton. The Gunners won’t be the only dangers for Spurs, as Leeds still have a (slim) hope of being European next season. For that, hang on tight: it would take a very large victory for the Peacocks against West Brom, as well as a heavy defeat for Spurs, a setback from Everton and a poor performance from the Gunners. Unlikely, therefore.

The multiplex of this 38th day of the Premier League will be live on RMC Sport 1 from 5 p.m.

The schedule for the 38th day of the Premier League: