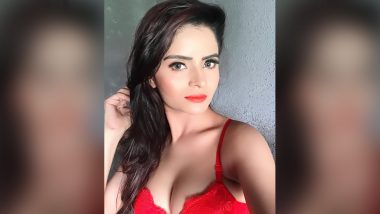 Actress Gehna Vasistha aka Vandana Tiwari has been accused of alleged gang rape and wrongful imprisonment. This comes at a time when the actress has already been arrested for shooting pornographic videos and uploading them on her website. According to TimesNews.com report, under the Indian Penal Code (IPC), the police have registered a case against the actress and 3 people for obscene acts with women and breach of modesty. The case has been registered after accusations by a 24-year-old model who was forced to do obscene acts with 3 men during a video shoot. The report says that Jewel’s lawyers have denied the allegations, saying that the actress has only shot pornographic videos.

Miss Asia bikini winner Jewel is known for Alt Balaji’s web series ‘Dirty Talk’. She has also worked in some English and Telugu films and commercials.