OM: McCourt and Longoria promise "a great team" and repeat that the club is absolutely not for sale 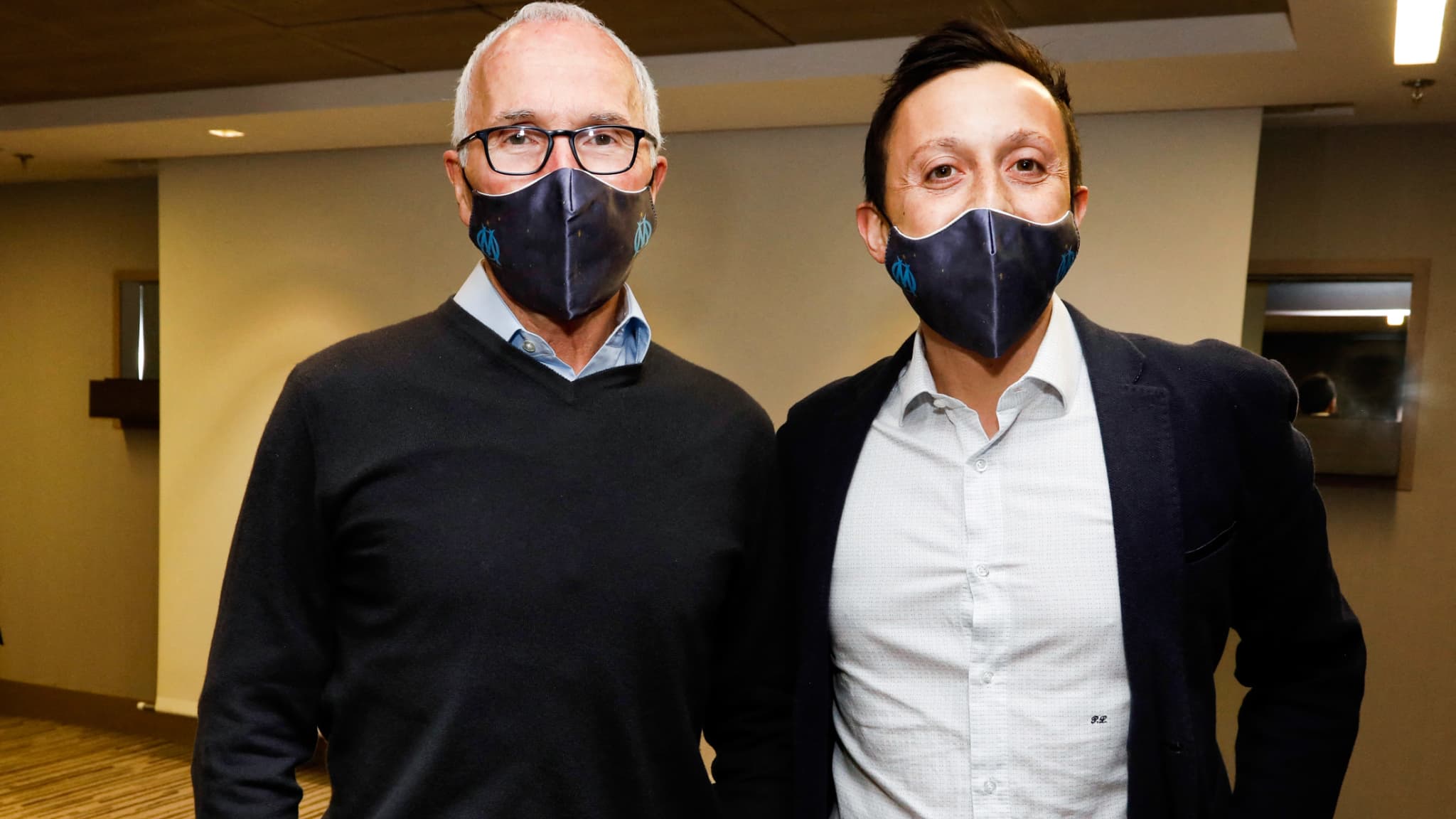 As expected, Frank Mc Court took advantage of his visit to Marseille to meet Wednesday afternoon, at the Vélodrome stadium, the main leaders of Marseille fan groups, in the presence of President Pablo Longoria and Hervé Chalchitis, in charge of security of the club. The meeting lasted about an hour, in a very friendly and peaceful atmosphere. The opportunity to take stock of the Olympian transfer window, the ambitions of OM, and the rumor of the club’s sale.

Before talking about the transfer window, the owner of OM wanted, “one last time”, in his words, to make an update on the rumors of the sale of the Olympian club. “I’m tired of repeating it, but I say it one last time: OM is not for sale! All the rumors about a sale or an opening of the capital are fake news. we have the money we need and I’m here for OM! “said Mc Court. The tone was determined and the supporters who listened to him felt it “sincere and involved.” McCourt assured Marseille fans that OM could count on him and on his financial support. He will himself go to represent OM before the National Management Control Department at the end of June. McCourt said he was very confident about this, especially in this period of crisis when the DNCG should show more flexibility.

The supporters also asked a few questions about the Olympian transfer window. Pablo Longoria did the math in front of them, estimating that 14 players from the professional squad who ended the season were leaving (or at the end of their loan). Longoria did not mention them, but these are the players whose departure has already been recorded (Pelé, Nagatomo, Rocchia, Thauvin, Khaoui, Ntcham, Cuisance, Germain, Sakaï), to which must be added two players whose loan is finished, even if OM want to keep them (Balerdi and Lirola). In the count and to arrive at the 14 “starts” mentioned by Longoria, there would then remain three players. Longoria did not say whether he was thinking of young players who would no longer be retained in the professional group or of potential transfers which could therefore concern more important players such as Kamara, Caleta-Car or Benedetto, often cited among the players. likely to be sold.

As announced by RMC Sport, Jorge Sampaoli wants, for next season, a reduced workforce: around 22 or 23 players. Longoria did not hide: OM must recruit 11 new players next season. The figure was announced at this meeting. This includes possible loaned players who would continue the adventure, although Longoria told supporters that the Pol Lirola case would be very complicated because the amount requested by Fiorentina is very high. Loose, Longoria displayed a certain optimism in the Milik file, affirming that OM absolutely wanted to keep him and that this prospect was quite possible. The newspaper La Marseillaise, for its part, affirms that Longoria has told supporters of its pessimism for Thiago Almada, again because of very high claims on the part of his club Vélez Sarsfield. Information that Marseille leaders have not yet confirmed. McCourt and Longoria nevertheless promised fans that they were preparing “a very good team next season.”

Frank McCourt and Pablo Longoria finally wanted to reassure supporters about Olympian ambitions. Longoria said it: the goal for next season, and every season, will be to be on the podium to compete in the Champions League. McCourt then persisted in his always disproportionate ambitions, specifying that the plan was to participate in the LDC every year … before, later, to reinvest so that OM take a step forward and be competitive in the biggest European competition, that Mc Court always dreams of winning! Beautiful promises, reminiscent of a certain “OM Champions project”, with the difference that, from now on, OM will not hesitate to change 5 or 6 players every summer. The word trading is no longer a dirty word, in Mc Court’s mind.

The owner of OM has in any case confirmed to the supporters that he had realized, after the incidents of the Commandery and the tensions with Jacques-Henri Eyraud, that he had to be more present. Even if he recalled that he had already invested a lot in OM, the American shareholder seems to be ready to do what is necessary to relaunch OM towards a new virtuous cycle. Marseille supporters are waiting for that.